New coach is more than meets the eye 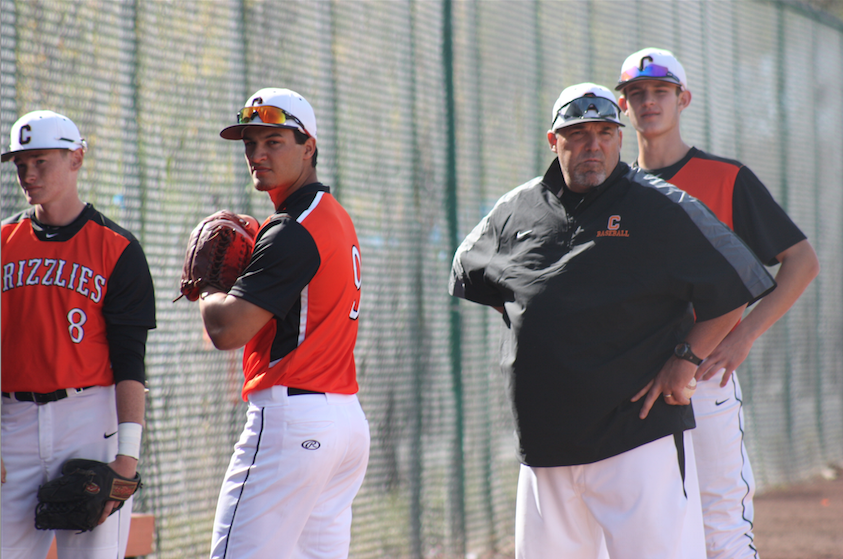 Most high school baseball coaches all have the same background story.

They either attended a local high school or grew up in the area and came back to get a job.

But, this story is not true for Cal High’s new varsity baseball coach, Jason Brosnan.

Brosnan was a starting pitcher for 14 years in the minor leagues and internationally for a variety of teams at different levels around the world.

In his 14 year career, Brosnan has reached AAA 10 times, but would often get sent back down. He played in the farm systems of the Los Angeles Dodgers, Seattle Mariners, and Anaheim Angels.

“My goal was always to play professional baseball,” he said.

Brosnan was born on Jan. 26, 1968, in Castro Valley. His family included his parents, two brothers, and two sisters.

He grew up in Castro Valley with his family and eventually went to Arroyo High School in San Lorenzo.

During his freshman year, Brosnan played on the football team and in the spring was on the varsity baseball team.

Throughout his high school career, Brosnan continued to pitch extremely well for the baseball team. But, he stopped playing football after his freshman year to focus on baseball.

By the end of his senior year, Brosnan had a huge decision to make. In June of 1986, the Houston Astros drafted him in the 48th round of Major League Baseball amateur draft.

After much debate, Brosnan eventually decided to play in   college, first at Chabot College and then Fresno State University.

Sadly, all of Brosnan’s stats from his three years at Fresno State are no longer available. But after his junior season, Brosnan was drafted in the eighth round by the Los Angeles Dodgers.

He opted to skip his senior year at Fresno State and sign a contract with the Dodgers.

“My proudest moment would’ve been the day I found out I was drafted by the Dodgers,” said Brosnan. “Just to know the hard work and dedication had paid off.”

Brosnan started his career in rookie ball where he went 6-2 with a 2.55 ERA as a starting pitcher. In his next two seasons, the left hander played in A and AA, where he went a combined 14-12 with a 4.49 ERA. Late in his next season, Brosnan finally got called up to AAA.

But, he had a short stay in AAA after pitching poorly in eight games.

During the rest of his career, Brosnan continued to struggle pitching, and he never played significant time in AAA.

From 2000-2002, Brosnan played independent baseball for the Solano Steelheads. After the 2002 season, Brosnan retired from minor league baseball and went on to play baseball around the world.

Throughout his career, Brosnan played in many fall and winter leagues in countries such as Mexico, Australia, Dominican Republic, Canada, and Italy.

After his baseball career ended, Brosnan worked for DHL, a delivery company, and created a youth baseball program for young talented athletes. Brosnan also enjoyed taking care of his family, which includes his wife and now four-year-old daughter.

Brosnan was the head coach of the Colt 45s baseball program for 10 years. During his time, he helped athletes improve and strengthen their skills.

Come 2014, a job opened up for head coach of Cal’s varsity program. Brosnan, now 47 years old, was alerted of this job opening by his wife.

After going through the application process, Brosnan eventually got the job and is leading the team off to a good start.

“He is a very laid back guy and lets us play on our own,” said senior Rocky Moore. “He doesn’t control too many aspects.”

The team has started the season 9-6 after big wins over Amador Valley, Foothill, and Dougherty Valley. On April 9, the team beat College Park to win the St. Francis Elite 8 Tournament. The team was led to victory behind strong pitching from juniors Liam Steigerwald and Jack Gerlach.

But the team has a tough season ahead of them against a very competitive EBAL.

“We have the talent and the coaching this year to win the league as well as NCS,” said Steigerwald.

With the vast baseball experience from Brosnan and the talent coming from the players, this could be a season to remember for the Cal High baseball team and its fans.