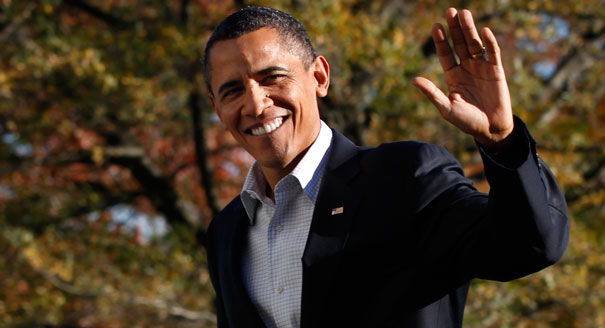 Today is inauguration day, the day of the peaceful passing of power.  Today marks the end of an eight-year Obama administration, and it is a good time to reflect on President Obama’s achievements.

For the last eight years, President Obama has been a courageous and hard-working president.  One of Obama’s most well-known achievements is his contribution to affordable health care.  Obama passed in March 2010 the Affordable Care Act, (ACA) also known as “Obamacare,” which expanded healthcare coverage for many Americans.  According to healthcare.gov, ACA has lowered the number of uninsured Americans from 15.7 percent to 8.6 percent.  Under Obamacare, 20 million more Americans now have healthcare coverage, and health care costs are rising at their slowest rate in 50 years.

Besides Obamacare, President Obama’s most noteable accomplishments are improving the economy, conserving nature and wildlife, and killing Osama bin Laden.

Obama entered office in 2009 and inherited a ruined U.S. economy from the 2008 Great Recession, which was known as the worst global recession since the Great Depression during the 1930s.  According to President Obama’s official website, by the end of Obama’s first year in the White House, 2.1 million new jobs had been created and sustained.

During Obama’s first years of presidency, the auto company General Motors declared bankruptcy.  Obama passed an auto industry rescue plan that saved as many as 1 million jobs in the entire auto industry.  In fact, in February 2016, General Motors was in such a financial surplus that they gave a bonus check to every worker, according to Detroitnews.com.

Based on bbc.com’s statistics, President Obama has also protected more American land and water than any other president. He has set aside for preservation 548 million acres of land and marine ecosystems, surpassing former president Teddy Roosevelt’s 290 million acres.  In January 2015, Obama expanded the Arctic National Wildlife Refuge by 12 million acres, which stopped the oil and gas industry from drilling in the reserve.

In Obama’s past eight years, 19 endangered species have been taken off the endangered species list.  According to the U.S. Fish and Wildlife Service’s official website, Obama and the FWS destroyed more than 6,000 tons of elephant ivory and rhino horn from deceased animals, sending a clear message to poaching and the Ivory Trade.  To honor Obama’s active protection of animals, a new species of the California trapdoor spider has been named after him.  It is called the Barack Obama Trapdoor Spider.

Obama has also added 22 open spaces to the U.S. National Park system.  In addition, he has created the 59th and newest national park, Pinnacles, in the Central Coast east of Monterey and Salinas.

When Obama was running for president, he promised that capturing and killing al-Qaeda leader Osama bin Laden would be his number one priority if he was elected.  In May of 2011, Obama ordered a secret operation in which Navy Seals infiltrated bin Laden’s compound in Pakistan and killed him.

But Obama is no longer be the president of the United States of America as of today, He has yielded the office to President Donald Trump.