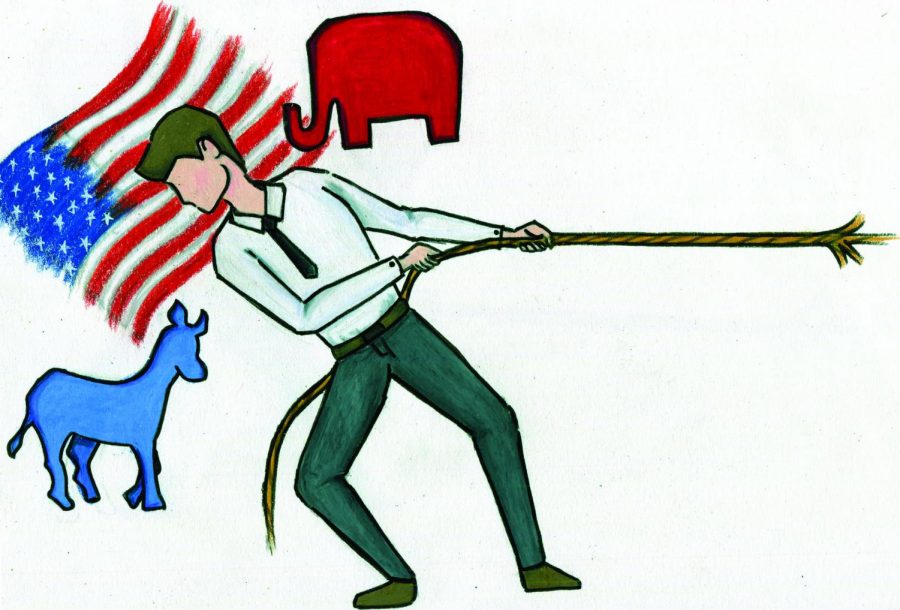 The talk of global warming has raised political controversy throughout society for several decades.

By definition, global warming is the gradual increase in temperature of the earth’s atmosphere caused by the rise of greenhouse gases.

Climate change has not only been a growing problem concerning the environment, but it has also provoked conflict in the political world.

While some consider it an extremely harmful issue to the planet, others believe it to be a hoax.

The question at hand, however, is why has climate change become a political issue when it is solely regarding the environment.

“A lot of it has to do with money,” AP Government teacher Brandon Andrews said. “A lot of the businesses and corporations have a lot to lose whether it’s coal, whether it’s oil, whether it’s even parts that you put in your car that makes it more expensive. So there’s a huge monetary piece of the now versus what we can’t see in the future.”

Some people believe global warming caused by humans’ carbon footprint will hurt the environment and agriculture, while others argue that humans are not to blame and carbon restrictions will only harm the economy.

Scientific evidence shows that climate change will result in unpredictable and extreme weather patterns, a rise in sea levels, and an increase in weeds and pests around crops. But opponents argue that by limiting carbon emissions, the production from major coal, oil, and gas industries will decline.

The disputes about climate change’s affects on the environment versus the economy are often between Republicans and Democrats.

Some Republicans are skeptical of global warming and disagree with government efforts in improving the current climate conditions.

“Historically, environmental causes had bipartisan support and when you look at major legislation that has passed including the Clean Air Act and the Clean Water Act, they were signed into law by Republican presidents,” AP Chemistry teacher Brian Coburn said. “So it’s a fairly recent phenomenon where there are components of the Republican party that view any government intervention as a bad thing.”

The majority of Democrats, on the contrary, support a moderate amount of government involvement. Democratic politicians such as former President Barack Obama, favored government investment in the reduction of carbon pollution and energy waste.

Due to the two parties’ differing views, there is much debate on how the United States should address this issue and whether they should acknowledge it as a growing epidemic.

On June 1, 2018, President Trump withdrew from the Paris Agreement, an agreement between the countries in the United Nations which sets goals to actively work to reduce the greenhouse gas emissions. Trump’s decision sparked much controversy because many people supported the goals set forth by the Paris Agreement.

Others, however, felt it negatively impacted the U.S. economy and its rights.

Politicians and other people who favored this agreement argue that all of the countries bear a responsibility and should take steps together in order to improve the conditions of climate change.

Some people also believe the U.S. should take action by first acknowledging the dangers of climate change caused by human activity.

“The U.S. has been the greatest omitter throughout history of carbon dioxide and so I think that puts us in a position where we hold some moral responsibility to try to solve the problem we helped create,” Coburn said.

On the other hand, opponents of the Paris Agreement do not feel there is a need to address climate change as it was never a severe problem that affected society in a negative way.

“I normally lean toward the Democratic side, but looking at it from a Republican perspective, climate change is not a priority for the government because they don’t believe it’s caused