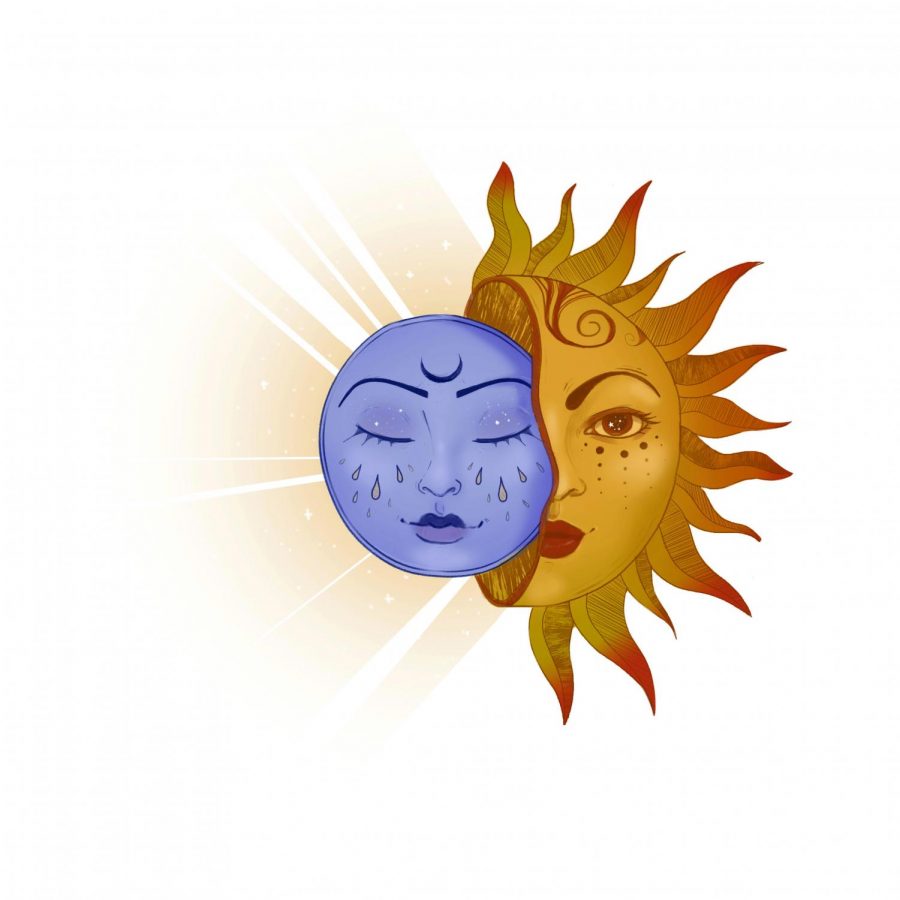 Astrology’s recent revival is just another aspect of mainstream culture.

Astrology refers to using details of people’s birth, such as  location, date and time, to construct information about their personality as well as predict aspects of the future.

Although a person’s birth chart is composed of several different signs, the most important ones being the sun, moon, and rising, most people are only familiar with their sun sign, which is dictated by the day and month they were born.

It’s also more publicly discussed, and has in some ways functioned as a community for many. This is more often the case with women and LGBT+ individuals, especially teenagers.

“I don’t think it was super popular in the 2000s, but it’s definitely come back, and I think it’s fun,” senior Samantha Maners said. “It’s just, like, nice. It’s like, if I’m going to die from climate change, I might as well enjoy looking at the stars.”

Junior Isidra Trejo is grateful for how the recent rise in astrology,  particularly of the app Co-Star, which has allowed her to meet and become closer with new people, using astrology as a conversation starter.

Co-Star is a mobile app that gives people personalized daily horoscopes based on their full birth chart. It also allows users to add other members and compare their charts.

“It’s not as serious as people think,” Trejo said. “It’s a fun little thing to see.”

Though many people are interested in astrology, and some identify strongly with aspects of it, there are just as many skeptics.

“Here’s what I think about it,” AP U.S. History teacher Troy Bristol said. “I think that what they’ve done is that they’ve created personality traits that pretty much everyone has, and then divided them up, so, like, whatever it is, you’d be like, ‘Oh my God, I’m so that’, because it’s not like any of the traits are mutually exclusive from other ones.”

“I think it’s kind of harmless,” Gao said. “I think it’s just something you can look at for fun. It can be generalized, sometimes, but it’s not a problem.”

This recent surge of popularity has also been accompanied by astrology being used as a kind of empowerment for women, as well as members of the LGBT+ community.

Astrologer Danny Larkin suggests that this could be because astrology deals with “difficult themes” that are easier for women and LGBT+ to understand because they are often  receiving the “short end of the stick” in these kinds of situations, according to VICE News.

“I think it’s nice that women find niches to grow in and find meaning in,” Maners said. “Because I think that’s extremely important for them.”

This goes hand in hand with a rise of skepticism, often from cisgender straight men. This can manifest in men disliking astrology, or in more extreme cases, deriding those who do follow astrology.

“I think guys just don’t get into it as much because we have a society that doesn’t allow them to be in touch with emotions,” Maners said. “It’s a fun little thing, it’s not super serious, at least in my eyes.”

Larkin agrees, explaining how straight men are told to “man up” instead of opening themselves up to themes and ideas such as these.

Ultimately, astrology is a simple way for people to find a community and help themselves and others in their journey toward self actualization. It also acts as something to identify with in times when nothing seems to be in a person’s control.