Guest passes are a thing of the past 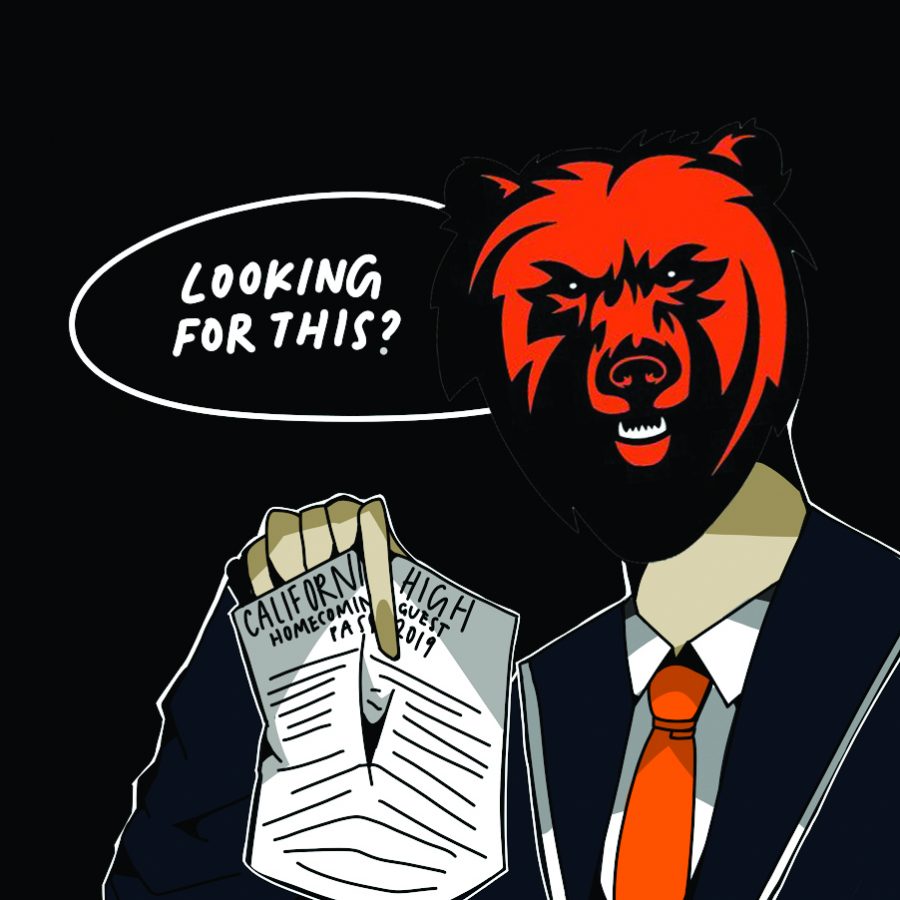 Cal High students looking to bring guests to last month’s homecoming dance learned that their friends and dates from other schools were not welcome.

This new policy is here to stay as the school has permanently canceled guest passes for homecoming dances. However, guest passes will still be issued for other school dances.

“It was a decision that was inevitable and had to happen,” leadership teacher Ross Dautel said.

The decision came directly from Principal Megan Keefer, who strongly feels that homecoming should be restricted to Cal students only.

“It’s our school, our kids,” Keefer said firmly during a press conference with The Californian.

Safety and security concerns were also a factor in Keefer’s decision.

“We were bursting at the seams,” Keefer said. “It would be too difficult to manage security [for too many students].”

Cal leadership students said Dougherty Valley is planning to get rid of their homecoming guest passes in the near future as well.

“We want to keep [our students] home, keep them here,” Dautel said. “The spirit of the homecoming week is all about the kids we have here on campus. They’re the ones that should be celebrated.”

Dautel feels similarly about safety concerns regarding letting students from other schools into Cal dances.

“Kids who come from other schools to our dances don’t have the same level of respect or care for the campus as a Cal High student would,” Dautel said.

Junior Irish Vaughn, who organized homecoming this year, agreed that even though it has been fun having people from other schools at the homecoming dance, it has been difficult to hold them accountable for their actions.

The safety of Cal students at dances when letting students from other schools come to  homecomings in the past was of high concern to parents, students, and teachers alike. Still, many students don’t want guest passes to be canceled.

“You want to bring your friends who don’t go to your school to enjoy [homecoming] with you,” junior Alyssa Shields said. “Homecoming should be spent with people you care about.”

Some student believe the cancellation of guest passes will encourage more students from other schools to sneak in.

“Admin is going to have bigger problems with people sneaking in,” junior Kaitlyn Perry said.

But Dautel said leadership increased the security measures at the dance this year for that very reason, and had strategically placed security at areas where students could likely sneak in. No incidents were reported.

Many students with dates at Cal felt the decision was unfair.

“It sucks that Cal has to take such an aggressive stance,” said Andrew Kim, a senior at Las Lomas whose  girlfriend attends Cal. “I just wanted to have a good time at homecoming with my girlfriend.”

Getting rid of guest passes for homecoming has also affected the budget for the dance. Last year, guest students made up about 10 percent of the students attending the dance. So this year leadership spent their budget more wisely to ensure students the same, if not higher, quality of experience.

“We were hesitant,” Vaughn said. “We thought there would be backlash and wouldn’t sell tickets, however, this year’s homecoming was super successful.”

Reflecting on her decision and how the first homecoming dance without guest passes went, Keefer remains committed to her position.