Should President Trump be impeached? YES 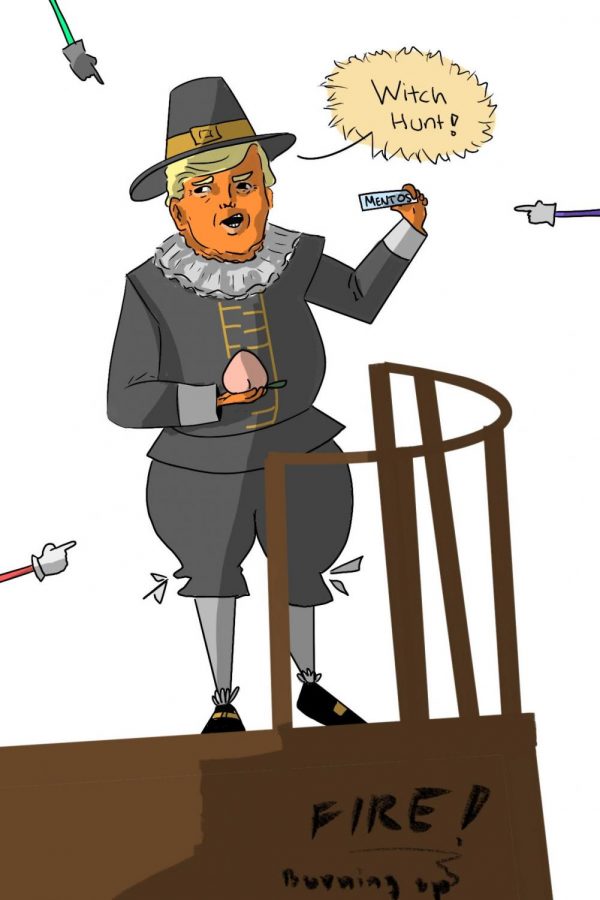 In the history of the United States, only two presidents have ever been successfully impeached: Bill Clinton in 1999 and Andrew Johnson in 1868.

Based on all the evidence, Trump has violated the law and without a doubt should be impeached.

It’s not hard to see that Trump’s presidency hasn’t gone exactly as planned. The wall he promised to build along the Mexican border has been stonewalled by Congress, the trade deficit he promised to reduce shot up 28 percent, and the economy hasn’t grown nearly as much as he hoped.

Tension is mounting between the Democrats and Republicans as every day there are new scandals and problems for Trump as the 2020 election approaches. This tension came to a climax on Sept. 24, when an impeachment inquiry was officially opened against Trump.

The impeachment inquiry revolves around the idea of quid-pro-quo, a Latin phrase. The English translation is “you scratch my back, I scratch yours.” The quid-pro-quo in question is whether Trump asked Ukraine to investigate Joe Biden, a presidential candidate, and his son, Hunter, on industry dealings in Ukraine.

Since Trump released his July 25 phone call with Ukrainian President Volodymyr Zelensky, it has been intensely scrutinized.

Based on the transcript, it is clear that Trump should be impeached. Trump was already standing on thin ice, and the Mueller Report raised many questions, but this phone call broke the ice.

President Zelensky also discussed the U.S. financial defense support for Ukraine, which Trump was withholding at the time. Not only is this violent misconduct, but it also goes against the very nature of Republican self-government.

Trump has committed an abuse of presidential power. The common counterargument is that there was no explicit quid-pro-quo.

But quid-pro-quo does not have to be explicit, only heavily implied. Even if the phone call is ignored, the testimony of William B. Taylor, the top U.S. envoy to Ukraine, cannot be ignored. Taylor testified that there was quid-pro-quo between Trump and President Zelensky.

Taylor’s testimony states that Trump and his administration threatened President Zelensky by taking away critical military aid unless they submitted to a series of demands intended to help Trump win the 2020 election.

One of these demands included Ukraine opening a politically motivated investigation of Biden.

The evidence is clear. Trump instigated quid-pro-quo and should be impeached. The American people seem to agree.

According to a Politico poll, 50 percent of voters would support the Senate’s move to impeach Trump.

If the power of the government truly rests upon those who consent to be governed, a majority of people should have the power to remove the president from office.