Trump looks to undermine California in battle for the ages 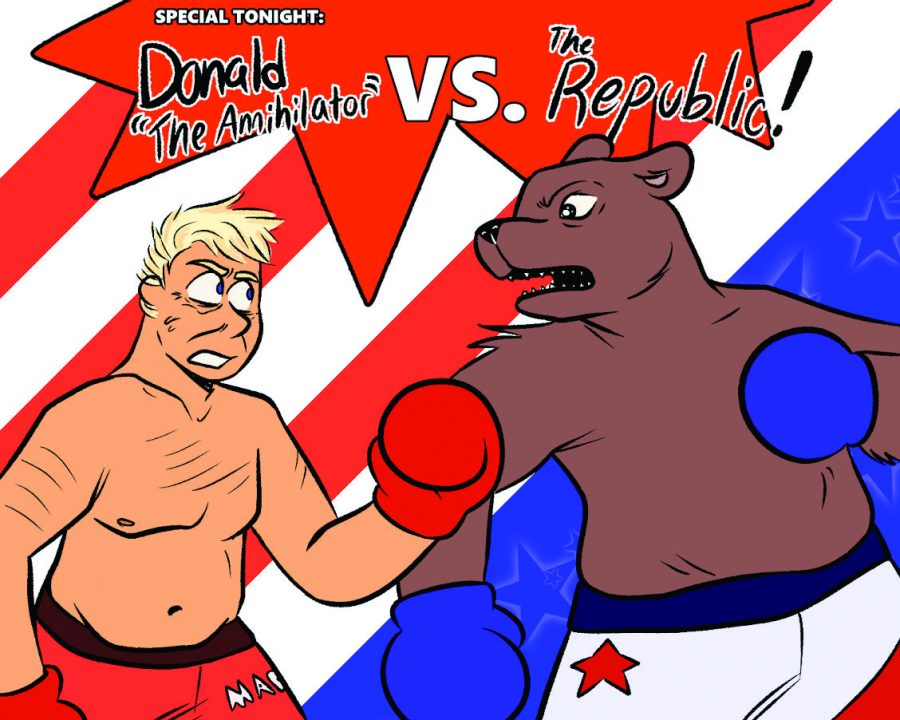 California has been a thorn in the Trump administration's side, constantly challenging the White House's agenda.

Ladies and gentlemen, let’s get ready to rumble.

Two heavy-hitters are about to enter the ring in the case of Trump v. California. The two have been known to trade blows in and out of the court system.

In one corner, President Donald J. Trump. In the other, the State of California.

It’s not the first time California lawmakers have sparred with Trump, with recent tussles over the EPA and sanctuary cities in mind.  But this time, it’s personal.

California has instituted a law that will potentially require candidates for president and governor to release five years of tax returns in order to be placed on the primary ballot. Juicy.

This law was signed by California Gov. Gavin Newsom with the intent to hold the president accountable. In the past, all presidential candidates have released some form of tax data.

Trump’s refusal to relinquish his tax returns has many citizens wondering what he’s hiding behind the bad tan and toupee. This comes with a slew of complaints about Trump’s business relations and their effect on the presidency.

After all, Jimmy Carter even gave up his peanut farm, which was a big deal at the time.

Supporters of the law argue that it will increase transparency and trust with candidates. Because politicians have a stellar reputation for truthfulness and honesty that must be maintained, of course.

But Californians need to tighten their Birkenstocks, because Trump is fighting back and (surprise, surprise) suing. Trump’s suit argues that there are constitutional limits to new requirements the states can impose on presidential candidates in order to protect their First Amendment rights.

Other states such as New York are taking a different legal approach and fighting to subpoena Trump’s tax returns. Of course, the subpoena is also currently being appealed by Trump. His lawyers argue that the President should be protected from lawsuits through sovereign immunity, which is historically based off the phrase “the king can do no wrong”.

But of course, Trump is far from a typical president. He has a history of zany lawsuits stretching back decades. Over the years, Trump been involved in more than 4,000 legal disputes.

Notably, Trump threatened The Onion for a satirical article attributed to him titled, “When You’re Feeling Low, Just Remember I’ll Be Dead in About 15 to 20 Years.”

Yes, you read that right. Trump tried to sue The Onion.   And worst of all, the headline hasn’t even come true yet. He also tried to sue two brothers whose surname was Trump for profiting off a name he probably imagined only he could brandish. Stay humble, Donald.

These incidents make it pretty clear that Trump’s lawyers hand out lawsuits like he hands out Big Macs to visiting sports teams.

In recent years, however, Trump has been doing a pretty good job of that himself. After three years of chaos, Trump’s tax returns, or lack thereof, might be the final straw for his constituency. His lawyers might argue otherwise, but Trump is not above the law, not even by the tips of his tiny hands.

On the flip side, California isn’t above the law either. The state is notorious for resisting Trump’s policies and has sued the President more than 50 times, a whopping number that tops Texas’ suits against Obama.

The new ballot requirement may very well be going too far according to constitutional law.

Trump’s smack down with California may not result in a knockout, but his tax returns are still in contention, especially with the concurring impeachment proceedings. In the meantime, he needs to prepare for the inevitable fallout when they’re released to the public.

Maybe Trump will continue his signature move: when in doubt, threaten to sue. If that’s the case, all The Californian can do is hope to be spared.