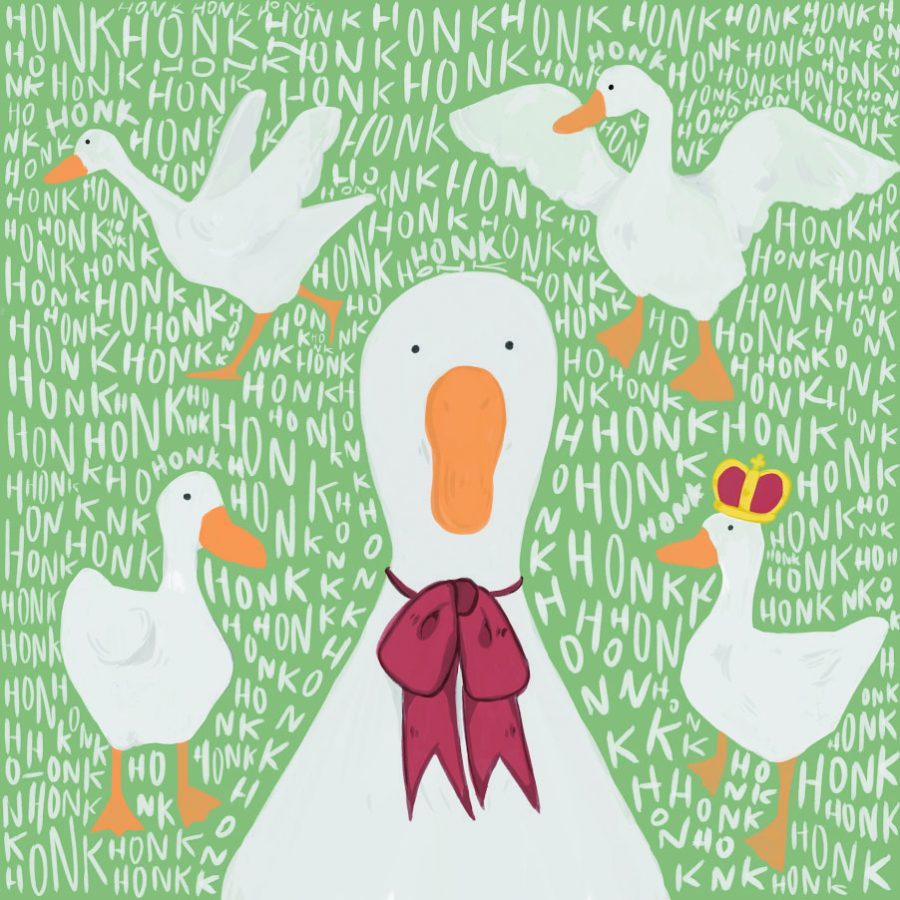 Games such as “Fortnite”, “Five Nights at Freddy’s” and “The Legend of Zelda” series have lived to be “game changing” in the online community for this very reason.

But a game about a goose bringing a whole town to its knees is the last one anyone would think to take over the gaming community in the matter of a few months.

In “Untitled Goose Game”, a player takes the role of a goose in an English village. The goose has the abilities to walk, run, duck, flap its wings, interact with items, and, most importantly, honk. The objective of the game is to complete the set of tasks given to the player.

From making an unfortunate NPC hammer his own thumb, to stealing “loo paper” from the grocery store, the game is filled with ridiculous chores that leads the player all around town to make sure each and every one of its citizens has experienced the reign of terror brought on by a single goose.

As a puzzle-stealth game, the goals that the goose must complete require problem solving and strategizing. The townspeople make it difficult for the player to complete given tasks, making the game challengingly fun.

In an interview with Vulture, House House, which is the group of the four developers that created “Untitled Goose Game”, discussed their inspiration for the game.

“There was never really any intention that we should make a game about it,” developer Jacob Strasser said. “[My colleague] just saw a stock photo and remembered that geese were funny, like, conceptually. We all agreed that geese were very funny.”

A flush of attention immediately rushed to the game once it came out, as many gaming YouTubers such as PewDiePie, Markiplier, and Jacksepticeye have played the game with millions of viewers watching.

“Every qualification for the best game [is this] by far,” said Mark Fischbach, also known as ‘Markiplier’. “This is a wonderful game.”

Many other people who played the game had the same reaction as Fischbach.

“I’m so glad I played [‘Untitled Goose Game’] and I’m so glad it got made. What a quirky little sort of energy it has,” said Seán McLoughlin, the video game YouTuber Jacksepticeye.

The whole development of the project took a total of three years to complete. Although it was seen as a silly source of inspiration for a new game, the game developers believed it certainly would become a viable idea.

Since its debut in September, the game has become a smashing hit.

Within the first month of its release, there were more than 100,000 copies sold worldwide for the Nintendo Switch alone, according to ABC Radio Melbourne. The game has been nominated for several awards, like Ultimate Game of the Year and Best Independent Game.

The game developers of House House admitted not knowing how or why their game that initially originated from a late night joke transformed into a worldwide sensation in the gaming community.

The success of what started out as an amateur project for them has now encouraged the four game developers to continue making games that ensure their audience gets the highest quality while playing their masterpieces.

“Untitled Goose Game” heavily resonated with both gamers and non-gamers alike.  A recent meme spreading through the media featured the game’s star goose with the caption, ‘peace was never an option,’ feeding its popularity.

“The way I’ve always thought about it is, it turns out people have strong feelings about geese,” game developer Michael McMaster said. “So it creates a moment of joy. There probably is something more interesting there, but I’m not sure what it is.”