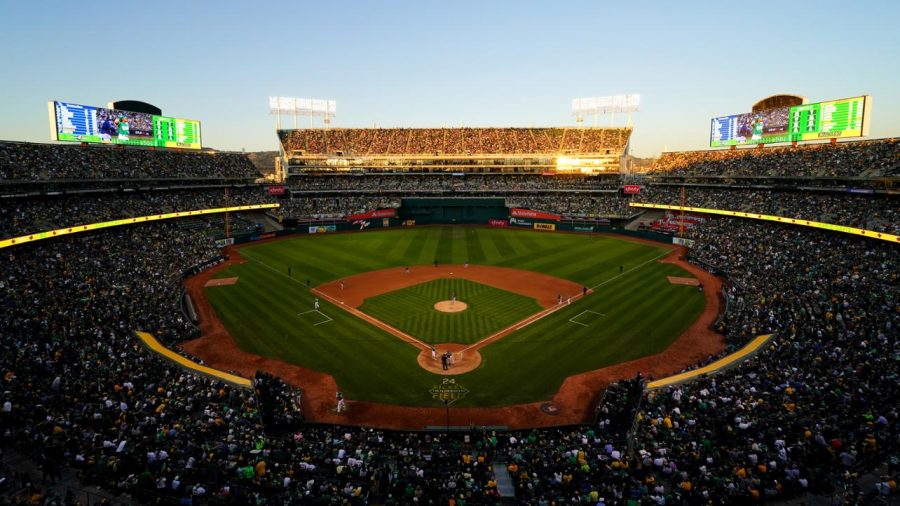 The MLB ended Spring Training shortly after the NHL's suspension, and pushed back opening day to April 9, but then postponed further to at least mid-June. Photo courtesy Daniel Shirey/MLB Photos.

The coronavirus gave a whole new meaning to “March Madness”.

Amidst the ongoing coronavirus pandemic, nearly all professional sports across the world have been suspended or postponed. In the United States, the NBA and NHL seasons have been suspended indefinitely, and the opening day of the MLB season has now been pushed back until mid-June at the earliest.

Locally, Cal High spring sports teams have joined every high school in the state by having their seasons put on hold and likely cancelled since Gov. Gavin Newsom and State Superintendent Tony Thurmond announced last week that students should not return to campuses this school year.

The first domino to fall was that of the country’s largest college basketball tournament, March Madness. One of the highlights of the basketball year, the top 64 teams compete in a three-week, single-elimination tournament to determine the national champion.

Well, at least they were supposed to.

As the regular season ended for college basketball, the NCAA, which runs collegiate sports, originally announced that the entirety of March Madness would be played without any fans. Now as someone who was actually going to Sacramento to watch a few games of March Madness in person, this was pretty disappointing. But the bad times just kept on rolling.

A few days after it was announced that the games would be played fanless, Duke and Kansas – two of the top teams in the country- announced that they were withdrawing from the tournament because of fears associated with the coronavirus. Soon after, the worst case scenario became reality as the NCAA announced that all of March Madness would be cancelled.

Around the same time the NCAA was shutting down took March Madness and all other collegiate sports, professional leagues were thrown into turmoil. When coronavirus reached epidemic status, the NBA announced that some teams, including the Golden State Warriors, would play some games without any fans in attendance.

When the news broke that Gobert had tested positive, the Jazz’s game against the Oklahoma City Thunder was immediately postponed. Just a few short hours later, the NBA announced that the remainder of the season would be suspended until further notice.

The NHL, which has roughly the same season timeline as the NBA, announced on March 12 that they would be suspending their season as well. But unlike the NBA, the NHL hopes it can resume play in the next month or so, and have been in talks about resuming training camps for the players in the upcoming weeks.

Unfortunately, the coronavirus’s impact extended beyond the present and into leagues that have yet to even begin regular season play.

Opening Day for the MLB season, originally slated for March 29 has been pushed back until mid-June at the earliest. In addition, all of spring training from March 13 to Opening Day was cancelled.

Even before the announcement, the MLB season was already filled with questions, weeks before it was slated to start. Amidst the coronavirus crisis, some teams like the Seattle Mariners were making plans to not play in their home stadiums until April. Washington was one of the earliest states hit by the coronavirus.

On the bright side, the NFL season is still on schedule, with no anticipated delays in the season. In addition, sports junkies who still need their sports fix can do so. Some leagues, like the NHL, are showing replays of season games for free.

Sadly, replays can’t fill the hole that the absence of sports has made in our hearts. All we can do is wait, and think about just how old we’ll feel when we get to tell our descendents about that time the NBA Finals was in September, and MLB Opening Day was in June. What a time to be alive.