How many tries does it take to get the right teacher?

It's been one heck of a freshman year 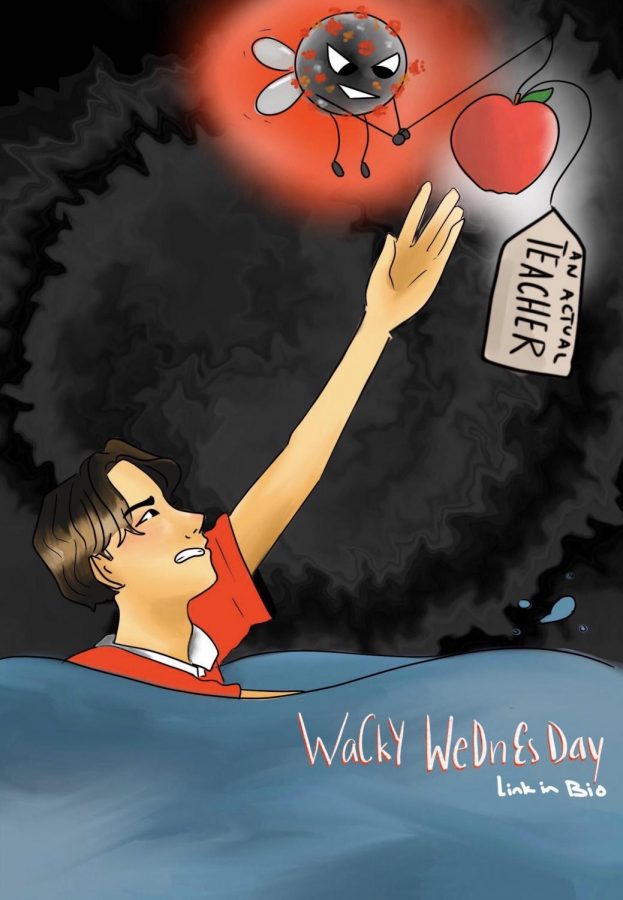 Throughout my first year of high school I’ve been faced with a conundrum: Who are my math and health teachers?

In both my first and second periods, I’ve had at least eight different teachers combined. Yes, that’s right. Eight.

It’s been a mix of substitutes, people who’ve been coddled out of retirement, and finally, full term teachers. And just when it seemed like things were finally settling down in these two classes, everyone was sent home and I went from having too many teachers to having none at all because of the coronavirus pandemic.

It all started on my first day of school. I was in my math class and my teacher was a man named Mr. O. He seemed calm, smart, and serious. His first assignment was to sit by our date of birth, but that went kinda poorly. To summarize, we spent nearly five minutes sitting around aimlessly until one person in the class organized us into our correct seats.

While he was pretty strict, I would have preferred five strict teachers instead of what came next. Unfortunately, Mr. O had to leave the next day and we were given a short-term substitute for about a week. The only information we ever got about Mr. O was that he had to go back to the school where he was previously teaching because of some sort of contractual obligation.

Then we got a new teacher, Mrs. C, who we were told would be our permanent teacher. For about two weeks we worked on several boring math packets that never seemed to end. Then a few weeks later it turned out that she was only a long-term substitute. Now, I don’t wanna say that I was lied to, but I may have been lied to. Most of the kids, including myself, were pretty unhappy that we just spent half a month working on packets only to find out that they wouldn’t be counted in our grades.

In early November, we were introduced to our actual permanent teacher, Ms. Kim, who has been my math teacher ever since. I have learned a lot in her class, and I am very grateful that she stayed. You could say that I hit the jackpot on this teacher slot machine.

Now you, humble reader, might be thinking “So what if you had a merry-go-round of different teachers during freshman math? That’s not so unique.” But the story doesn’t end there.

At the beginning of the first semester, I had health class with Mrs. Carpenter, but unfortunately she retired during winter break even though it said her name on my schedule for the second semester. So I had a substitute for about two days until the class was given a permanent teacher, Mr. Martin, who just happens to be the brother of the Mr. Martin who already worked at Cal. Are you confused yet?

He was kind, peaceful, and talkative. We had meditation sessions, 10-minute walks, watched informative videos, and did fun projects. Then about a few days into February, Mr. Martin was assigned to a math class across the hall, despite the fact that he’s not a math teacher. So, we were given an equally nice new teacher, Mr Raciti.

I remember how when I walked into class one day,  Mr. Martin and Mr. Raciti were sitting down in the class. Noticing my confusion, Mr. Martin said something along the lines of, “You must be confused, Wyatt. Don’t worry. I’ll explain it in a sec.”

Most of the kids were unhappy to see Mr. Martin go, but Mr. Raciti was just as nice and tolerant as he was and he’s been my health teacher since he was introduced that day.

Having eight different teachers in two classes over three quarters seemed bad at the time. But when I thought I was finally in the clear, this whole pandemic thing came along to ruin the rest of my first year of high school.

The irony of this whole situation is not lost on me. The kid who wished he had fewer teachers barely gets to see any of them anymore.

To say that my freshman year has been a little hectic would be a bit of an understatement. I just hope the rest of my time at Cal High won’t be like this one.