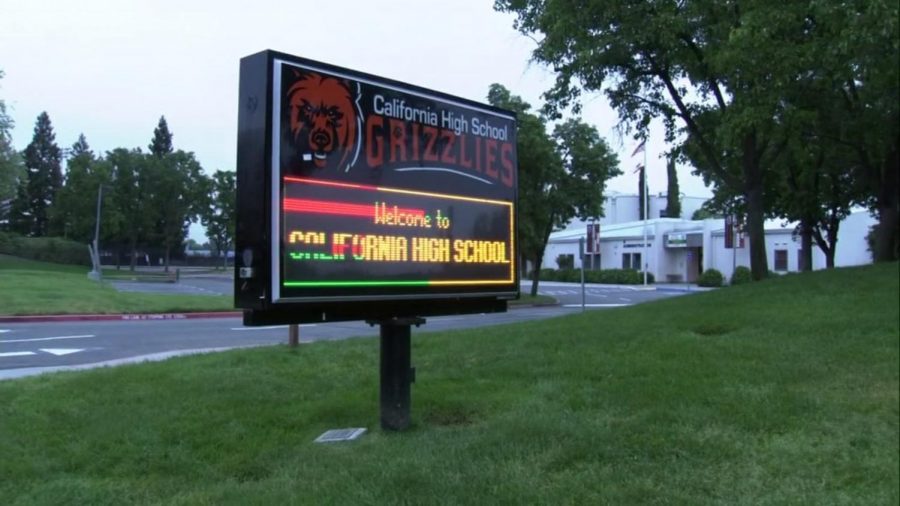 The beginning of the 2020-2021 remote school year has brought forth a new set of challenges that Cal staff and students alike have to face.

Cal High was once again attacked by an anonymous act of racism when a student submitted a racist comment in a virtual lesson on, of all days, the first day of school.

In a letter emailed to the school community Thursday afternoon, Principal Megan Keefer wrote that a student posted, “I wish…all black people were exterminated.”

After being alerted about the post by another student in the class, the teacher removed the post and reported it to administrators, Keefer wrote. San Ramon police are investigating the incident.

Keefer wrote that the settings on the online tool did not permit the teacher or administrators to trace the post to the student who wrote it. As a result, the school is reviewing online platforms and tools to prevent students from posting anonymous comments like this, Keefer wrote.

For some freshmen, the incident added to the fear and anxiety of attending a new school.

“It made me feel like I didn’t belong,” said a minority freshman girl whose parent didn’t want her identity revealed.

The freshman was not a student in the class that was attacked, but was surprised that such an event occurred. Some upperclassmen, however, were not as shocked.

“The desensitization of racial attacks is also so prominent in our campus culture that much of our student body was not fazed,” senior Amina Syed said.

Staff were also not surprised that this incident happened.

“We have consistently put a band aid on this issue without uprooting and addressing foundational [problems] that have plagued SRVUSD,” English and Sociology teacher Eghosa Hamilton said.

This is not the first incident of racism at Cal High in the last couple of years. Just last year, a student was suspended for modifying a ghost costume into a KKK costume during Halloween.

Additionally, multiple incidents of racist graffiti polluting the school bathrooms caught the attention of local news in 2016, and again in 2019.

After many racist occurrences, students and staff alike are ready for a change.

“It’s a threat to student safety,” English teacher Anatoly Alexeeff said. “We are living with a pattern of racist threats and we can’t imagine that every threat is an isolated incident.”

Hamilton believes that this incident should call for an improvement in the training given to teachers regarding virtual tools.

“It’s also a reflection of the need for directed [professional development] for educators about ways to protect their digital space with all the available tech options,” Hamilton said.

In addition, Hamilton thinks the district should improve its responses to discrimination.

“We often ask students to share their experiences of racism, effectively putting them in positions to shift structures by retelling their stories of harm. That hasn’t really worked,” Hamilton said. “It’s better for those in positions of power to just make structural changes.”

Alexeeff believes that the consequences for racist actions should be more serious and include revoking a student’s extracurricular activities for the school year and including a letter explaining the incident in the student’s counseling file.

“What people feel and the pain racism causes is a living wound, it cannot be repaired,” Alexeeff said. “But this shows that a student is willing to take responsibility and make atonement for the damage caused.”

After completing corrective work and service, Alexeeff’s proposal allows for offending students to return to extracurricular activities and having the letter removed from their file.

“It would be a choice of the student if they want to jump back into our community,” Alexeeff said. “They have to do some work in order to get there.”

Alexeeff is open to trying different methods and encourages anyone with new ideas to share them with him or other members of the community. His goal is to bring forward any policy that ensures students are safer and better served.

Alexeeff wants to work with the district to form a plan that reflects the ideas of staff and students. His plan hopes to consider feedback from the community and address these events as something that happens continuously, not just as isolated attacks on race.

For now, the administrators are focusing on the well being of affected students.

“We will be reaching out to those students who were affected and harmed by this post to ensure that they have the support that they need in order to feel secure,” Keefer wrote.

The teacher whose class was affected is also collaborating with the district’s newly hired equity coordinator, Ashlee Gutierrez, to address the class involved. Gutierrez will begin working with Cal’s leadership program’s new culture and climate committee, which will focus on improving campus culture.

Syed, who is leading the new committee, believes anti-racism and social justice must also be integrated into the curriculum.

“There is this notion that these issues are political or controversial, that they don’t matter in a school environment,” Syed said. “Problems don’t magically disappear when we step foot on campus or log onto Zoom, so we cannot act as if they do.”

Any new information regarding the recent event can be directed to the San Ramon Police Department, school administrators, or to the anonymous tip line located on Cal High’s website at www.calhigh.net.