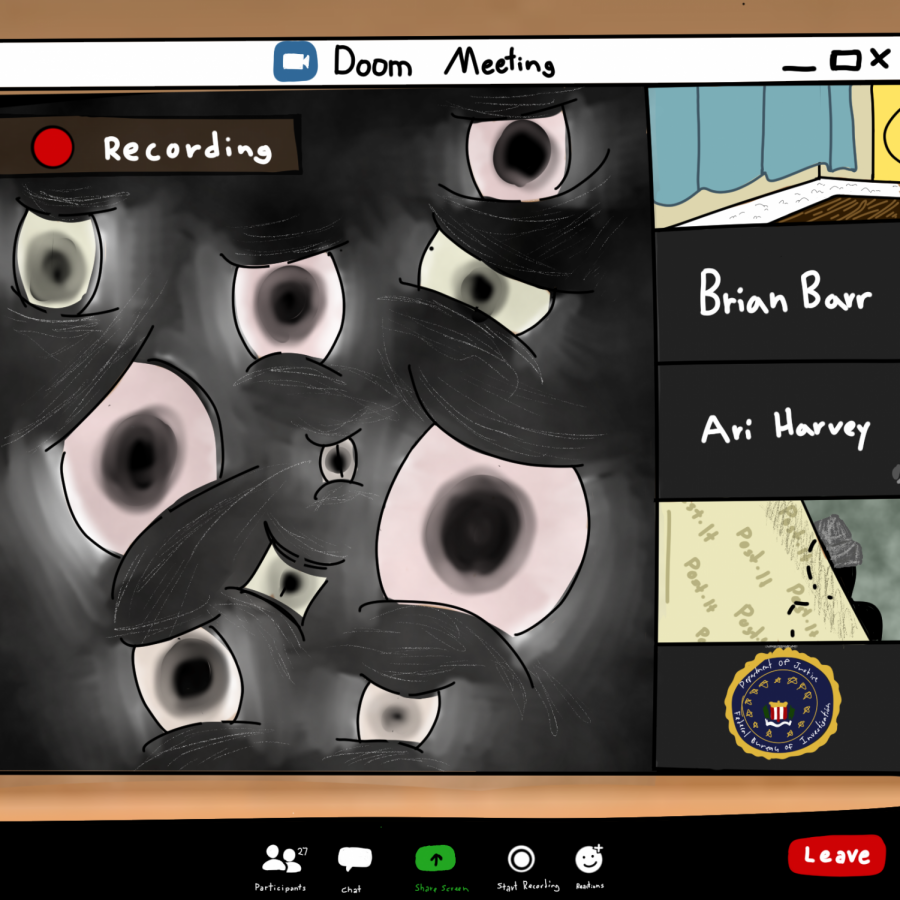 Despite some benefits of recording virtual classes, teachers are not allowed to do this because it violates the California State Education Code.

After a week of allowing teachers to record online classes to monitor their students, the district backpedaled and announced that this practice is no longer permitted because of legal issues.

In the wake of the racist incidents that occurred at Cal High on the first two days of school, the San Ramon Valley Unified School District suggested to teachers the possibility of recording their classes on Zoom and Google Meet in order to discourage disruptive behavior and hold students accountable for their actions online.

Shortly thereafter, the district alerted schools that California State Education Code does not allow teachers to record students because of privacy laws that prohibit it, Cal High Principal Megan Keefer said during a press conference with The Californian.

Permitting teachers to record was intended to help with accountability for teachers and students, not to break laws, Keefer said. She cited the brutal Zoom bombing of the Vietnam War veterans presentation to social studies students in May, among other incidents, as an incentive to record classes.

“We thought if we could record, it could help us mitigate those kinds of bombings,” Keefer said.

English 9 and AVID teacher Danielle Caddy believes recording classes is unnecessary because it could discourage student engagement and harm the classroom environment.

Caddy is not concerned that she can no longer record her classes, which might have allowed her to deter teens from misbehaving or allow absent students to watch recordings of her classes. To her, school is more than just a lecture that can be recorded and viewed from outside.

“The classroom is a sacred space,” Caddy said. “Teachers work really hard to build a sense of community. I feel like seeing that from a [recorded] third-person perspective might cause misunderstanding.”

Aside from its effect on the classroom environment, Caddy raised the legal problems of recording classes.

“There are laws against it to protect teachers’ and students’ privacy,” Caddy said.

California Education Code 51512 prohibits anyone, including teachers and students, from using recording devices in the classroom because it disrupts and impairs the teaching process and discipline.

Freshman Dhriti Lathker sees eye to eye with Caddy and the Ed Code, saying teachers should not record their classes.

“It could infringe on students’ privacy since we have to have our cameras on all the time,” Lathker said.

Lathker also feels that being recorded makes talking to friends and being herself more difficult.

“It can get a little awkward knowing that someone can listen to all of your conversations,” Lathker said. “You don’t want to get in trouble for anything.”

On the other hand, some students think that allowing teachers to record meetings could genuinely help them.

“Sometimes we don’t pay attention during class,” junior Hannah Chan said. “[Teachers] could upload the lecture later so you could just rewatch it whenever you want.”

Chan is mostly undisturbed by the thought of being recorded. As long as her teachers allow the class to turn off their cameras, being recorded doesn’t faze her, though she admits she might go on her phone in class less often.

Lathker notes that students could improve their learning if they are permitted to record or take pictures of their classes.

“It could be a really useful tool if, for instance, you’re listening to a presentation for a test,” Lathker said. “You might want to take notes on it later or revisit that discussion.”

Keefer warns that teachers or students who violate the rules will be subject to a one-on-one discussion with her to determine the severity of the transgression and that recordings will be deleted.

“This particular issue was a district issue,” Keefer said. “Once Ed Code comes in, Ed Code trumps everything.”