What really is activism? 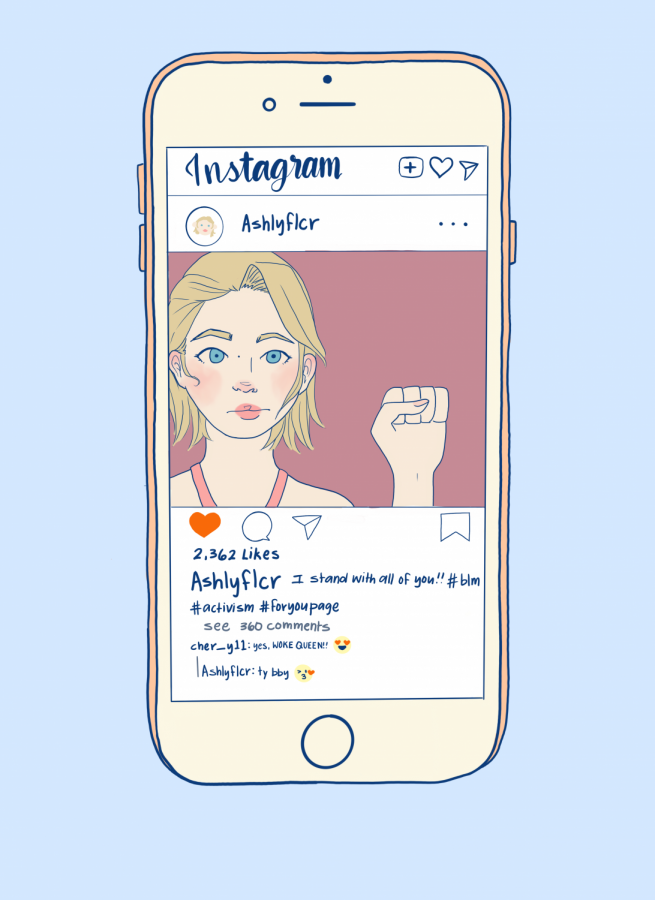 Many important global issues are of little concern to Americans because they don't directly affect them.

One of the most important parts of being a citizen of any nation is the recognition of the problems currently facing its people. But it feels as if increasingly the ideas propagated online by teens, specifically in wealthier suburbs like ours, have become hyper-specific and removed from the reality of the majority of Americans.

This trend was temporarily halted by the riot at the Capitol earlier this month, though unfortunately the focus on the real issues is likely to fade away. People were already posting on their Instagram stories about a manatee that had “Trump” written on it, just days after the storming of the Capitol.

Again, this is not to diminish the importance of any of these issues or problems. But the fact is that these problems are of little to no concern to the average American.

No matter the impression that the suburban, predominantly upper-middle-class, and largely educated populous of San Ramon may give off, the issues we discuss amongst our peers are nowhere near the norm, nor are they the range of problems that the majority of people face daily

They aren’t even issues that matter in San Ramon.

That seems to be increasingly clear from the rhetoric online. The problems we discuss are far-off and fantastical not because people care more, but because they care less. The war in Yemen and Indian farmer strikes are far off and distant, easy issues to repost and show sympathy and support for without understanding why these things haven’t changed, and how they are completely irrelevant to the average American.

Frankly, these issues are best described as suburban teen issues. These are issues teens get to care about after everything in their lives are provided by their parents, after they have the opportunities in place to not worry about increased electrical bills or the loss of a part-time boba job. In a word, caring about these issues is best described as privilege.

At the end of the day, that’s all online politics is to a lot of people. It feels really good to stand behind these politically irrelevant ideas. Too often, political engagement online is merely a battle for attention — one that everyone loses.

What’s most disappointing is that when online politics here in San Ramon had a unique chance to show pragmatism and enact meaningful change for the suffering people of San Ramon, they sat idle. Recently, in the District 1 election for San Ramon City Council, Luz Gomez ran against incumbent Scott Perkins.

She was exactly what San Ramon hoped for in this time of need: an immigrant mother with experience as a public health care worker. As a COVID-19 Case Investigator for the County, she was the perfect liberal ticket in an increasingly liberal town. Yet she found no political traction online. She had less followers on Instagram than people she followed, and nearly 4,000 less than younger, much more left-leaning city council candidate Sameera Rajwade.

It is difficult to quantify the effects of Gomez’s small online presence or if she could have significantly shifted the vote tally, but what can be said is that come election night, Gomez lost by 70 votes in November.

The idealistic nature of the solutions many teens in our community choose to engage with online is not only completely separate from the actual meaningful course of political discussion and issues here in America today. It is damaging as well. It hurts pushes for small, but meaningful changes that are not sexy or exciting, and only promotes facile, misunderstandings of politics.

We must first come to terms with this and begin to ground ourselves once again in the primary problems that we are tackling today, and their primary solutions to a politically split society, not just here in our suburban, privileged lives in San Ramon.

At the end of the day, San Ramon is built on hard-working families looking to find a better life. Ironically, these opportunities have been afforded to many of our parents not by their hard-work, but rather by the amazing support of relatively low housing costs and early educational developments by the city and real estate developers in the early 2000s.

Yet when it came time to expand Bishop Ranch with the CityWalk project, it was announced that out of the 4,500 apartments planned for development, only 675 of those are to be for low income residents. If there is any time to demand that the beautiful opportunities that we have historically provided to so many immigrant families be provided to the less well-off, now is the time.

If the teens of San Ramon want to be able to provide the same opportunity to themselves that their parents were able to provide us, it may bode well to change our activism focus to issues directly affecting our community.