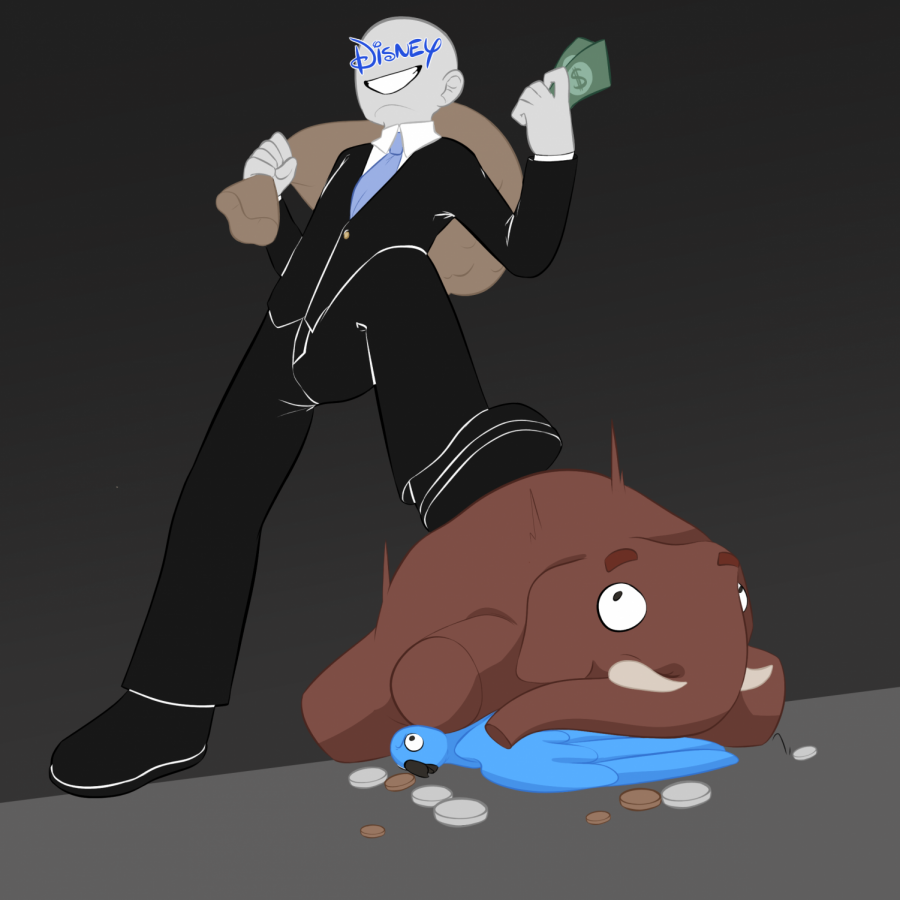 After 34 years, Disney is pulling the plug on Blue Sky Studios. The studio that brought us iconic films such as “Ice Age” and “Rio” will now close its doors in April.

The studio’s closure has come as a disappointment as it has played a big role in the childhoods of many students.

“I just feel sad because those movies were like the peak of my childhood,” Cal High junior Brunda Kashavijjala said.

“‘Rio’ is the very first pressing feeling I had about climate change,” junior Reeya Deshpande said.

While it is sad to see the creators of some of our favorite films go away, Disney still holds the intellectual property to all the films made by Blue Sky Studios. This means that Disney can still make shows and movies while continuing on some of Blue Sky’s pre-existing franchises.

This points to a different problem, one that has been growing for many years: Disney’s amassing power over the film industry.

Since his introduction as Disney’s CEO in 2005, Bob Iger has led the company to purchase many major franchises such as Lucasfilms, Marvel, Pixar and 20th Century Fox, which contains Blue Sky Studios.

With the release of 19 films in 2019, Disney amassed almost 38 percent of all U.S. box office sales that year. This is a huge increase from the company’s market share of 10 percent in 2008, as reported by The American Prospect.

While these acquisitions have been profitable, and bring in new streams of revenue for the company, the growing power that Disney has over the movie industry is a cause for concern.

“Monopolies are dangerous, especially in this case wherein a big company controls the narrative that young people are exposed to,” Deshpande said. “It’s slightly alarming how much power we’re giving Disney.”

The implications of Disney’s growing power over the film industry has taken many forms.

In the 1990s, Disney produced an average of 24 films per year. This amount decreased in the 2010s as Disney started to produce an average of 12 films per year. Conversely, the average number of films made by Disney that made the top 10 highest grossing each year increased from 1.9 in the ’90s to 3.7 in the 2010s, according to The American Prospect.

How is it that Disney is able to make more money while at the same time making fewer films? The answer is simple: as Disney eliminates their competition, their need to innovate and create more films decreases.

This can be seen through the sudden increase in live-action remakes of classic animated films. Despite less-than-stellar reviews, Disney’s remakes have raked in a whopping $7 billion since 2010 according to a CNBC report.

As Disney’s influence expands over the film industry, its impact on movie theaters grows as well. Movie theater attendance has been steadily declining since 2002, causing a decrease in revenue. This has caused theaters to rely more on big blockbusters guaranteed to make them money.

Disney has been able to use this reliance to exploit movie theaters. In 2017, Disney released “Star Wars: The Last Jedi”. When negotiating the rights for its release, Disney required theaters to screen the movie in the theaters’ largest auditorium for at least four weeks. Disney also took 65 percent of all ticket sales, and failure to comply allowed Disney to take an additional 5 percent, according to The Wall Street Journal,

Many theater owners and exhibitors considered these terms to be “the most onerous they have ever seen,” The Wall Street Journal story states.

Moving forward, we can only expect Disney to grow bigger and expand its reach. With the rise of Disney+, the company has made waves amongst online streaming services and continues to grow its user base. Disney has also reached into other industries, creating luxury cruise experiences, hotels, video game studios, news stations and more.

Disney’s ever-growing empire is concerning, especially considering the problems it has already caused by cutting out the need for innovation and their exploitation of movie theaters. We can only hope that Disney’s monopolistic behavior will fade and even out the playing field, because not every movie needs Mickey’s stamp of approval.