Many students also feel unprepared because of remote learning 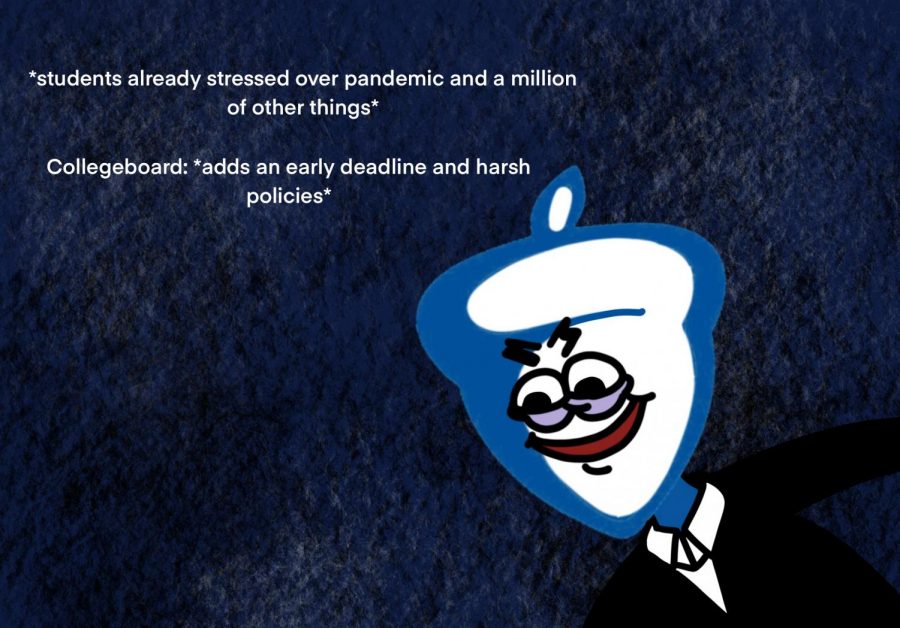 The College Board has not been especially forgiving to students when it comes to AP testing during the pandemic.

Many AP students found out this year that they had less than four months to decide if they wanted to take the AP test in May.

Before the pandemic, the deadline to sign up and pay was from late January to early February, giving students about six months to see if they were prepared to take exams. But starting in the 2019-2020 school year, students were given until Oct. 2 to make the decision.

In addition to the decisions regarding the payment deadline, Cal students and teachers were worried about testing locations and the split between remote versus in-person tests.

AP European History teacher Chris Doherty believes that the entire situation could have been avoided.

“My main beef is that the College Board has taken the chance away for kids to decide if they are capable of taking the test for themselves,” Doherty said. “This is especially impactful, because AP Euro is one of the first tests a student takes, and they have no prior experience going into this.”

“AP testing right now is absurd, and it was absurd last year too, given the situation we are trying to teach and learn in,” Sater said. “Last year they cut the test by 75 percent, but this year it is going to be the whole curriculum, and given the remote situation, I don’t think it is realistic to expect students to do as well if they learned in a normal situation.”

Students have mixed reactions to the news.

Junior Michelle Luu has never taken a full length AP test in-person before and hoped she had more time to experience the curriculum before committing to the AP exams.

“I feel regret in the sense that I have not picked up the info, and I kind of feel doomed because I know I have a lot to pick up before testing,” Luu said. “I would have liked to be a part of the decision to decide what the tests would look like this year.”

But Luu believes students did not receive enough information from both the College Board and the school, so student decisions were uninformed.

Senior Michelle Roebuck believes students would be biased regarding the decision between in-person and remote testing.

“Everyone would go online because it is just easier and safer, but I also think students should have a say because they’re the ones being affected,” Roebuck said. “I don’t understand why the College Board gave us a whole test because we did not learn as much as we could have if we took the year in-person. It was unjust to us.”

Senior Irish Vaughan feels indifferent toward the test deadline being moved up and the fact that some tests are in-person. She just hopes all students can choose the safest option for themselves.

“I know some people have bigger issues than I do, and they should have the option to take it at home to keep everyone safe,” Vaughan said. “I am not super affected by this decision but everyone should be safe and they should do what is right for themselves and their families.”

The option to switch the test is not readily available anymore, and students must contact a counselor and sign multiple forms to take the test in a different administration period, making the AP testing season even more stressful than it already is.

“I don’t regret signing up for tests, but I also do feel it is unjust to give us a whole test, and then to make us go in-person to test,” Roebuck said. “I understand why they did it, but I am a little mad at their decision. There was probably a better way around this.”