New Disney+ show is a must see for MCU fans 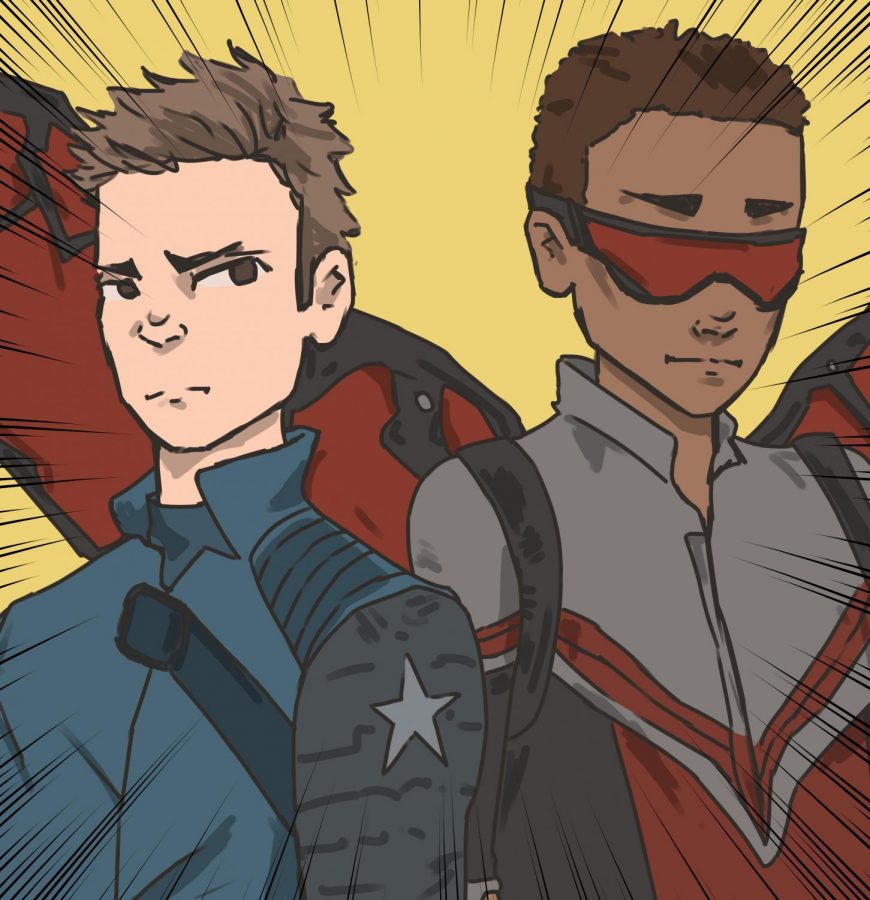 “The Falcon and the Winter Soldier”, which had its first season stream on Disney+, brings the Marvel Cinematic Universe back to the basics of an action-packed show that hits deeper than a few huge explosions.

While “WandaVision” introduced Marvel fans to an entirely new kind of show, “The Falcon and the Winter Soldier” brings the MCU back to the basics of an action-packed show that hits deeper than a few huge explosions.

The second-ever Marvel TV show arrived to Disney+ on March 19, and through its first four 45-minute episodes it has proven to be an excellent addition to the Marvel Cinematic Universe.

Starring Anthony Mackie as Sam Wilson (aka the Falcon), Sebastian Stan as Bucky Barnes (aka the Winter Soldier), Daniel Brühl as Baron Zemo, and Wyatt Russell as John Walker (the new Captain America), “The Falcon and the Winter Soldier” (FAWS) is not “just an action show”.

The show’s stars are all going through enthralling psychological ventures, each of which is genuine and fascinating in their own rights.

At the end of “Avengers: Endgame”, we saw an elderly Captain America pass on his shield to the Falcon, who at the beginning of FAWS is struggling to decide what to do with it. In his own words, “It feels like it’s somebody else’s.”

Bucky Barnes has already gone through several lives worth of mental torture. Old friends with Captain America, he is captured during the events of the second World War and converted into an emotionless killing machine known as the Winter Soldier.

As seen in the movie “Captain America: the Winter Soldier” and the final few Avengers movies, Barnes is eventually saved from himself and becomes a hero in his own right. However, as FAWS highlights, the journey isn’t quite over. He’s free, but to do what?

John Walker is your stereotypical “hero”. The first person to ever win three Medals of Honor, he led numerous counter-terrorist and hostage rescue missions. Chosen to become the “new Captain America” after Wilson gives up the shield, he is a major focal point of the show.

After all, how is one supposed to represent an entire country and succeed a person like Steve Rogers?

The bad guys? A heroic rebellion or a group of terrorists depending on how you look at it, the “Flag Smashers” are a group of super-soldiers attempting to create chaos in the world. Their belief is that the world was better during the Blip, the five-year period where half the world was gone.

The Flag Smashers are led by Karli Morgenthau (played by Erin Kellyman), a young super-soldier who seems to be in way over her head.

The genius of FAWS is in its presentation and message. The world isn’t black-and-white on every issue; the line between heroes and villains is definitely blurred in this show, which is an important theme in the real world.

Too often in today’s society people act like there are two defined sides, and take up an “us vs. them” mentality. This is represented in John Walker as the bullish “good guys” and Morgenthau and the Flag Smashers as the radical “bad guys”

But neither Wilson nor Barnes is entirely on one side or the other. They take up the middle ground, and are the true heroes of the show.

With the final two episodes of the season set to be released this Friday and on April 23, “The Falcon and the Winter Soldier” is an absolute must watch for Marvel fans as it returns to the MCU’s roots in thrilling action while also being deep beyond all expectations.