Administrative issues have led to invalidated scores the past two years 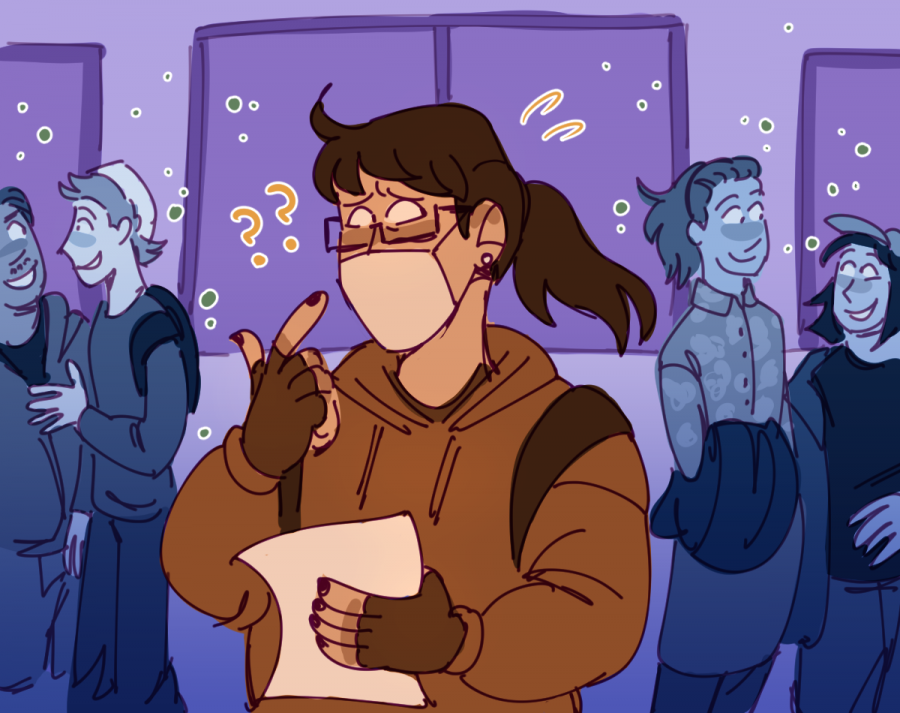 Many Cal High students have become frustrated with the PSAT because of administrative errors leading to invalidated tests the past two years.

The PSAT is notorious for the errors in its administration throughout the years at Cal High.

From invalidated scores to testing site changes, many Cal students feel as though the exam isn’t even worth taking anymore.

“The PSAT and SAT, in my opinion, [are] needless,” junior Alex Hanin said. “In the past, PSATs have always been frustrating for me, but this year was a total circus.”

One of the biggest issues that some Cal students have faced the past two years was having their scores invalidated because of administrative errors. In late January, a classroom of juniors taking the PSAT, also known as the National Merit Scholarship Qualifying Test (NMSQT), had their scores disqualified because the wrong test was administered.

“The College Board gave us a copy of a student guide for every student, and inside was a removable practice test,” assistant principal Tucker Farrar said. “We did let our proctors know, but one of our proctors made the mistake of giving those practice tests instead of the actual PSAT.”

The school ended up paying for those students to retake the test.

“Ultimately it was our mistake,” Farrar said.

To prevent the same situation for the PSAT 10 in April, the school removed the practice test in the back of the booklets. The PSAT 10 is for sophomores to practice taking the test for their junior year and doesn’t count toward scholarships or college admissions.

Junior Cindy Zhu suffered from another administration error this year that temporarily invalidated her score.

“College Board flagged my score ‘Reason Code E’, meaning they received the answer sheet late, so I couldn’t be considered for National Merit Awards,” Zhu said. “Thankfully, it turned out to be a mistake, and Cal High fixed it. Before it was fixed, I was pretty frustrated.”

The National Merit Awards are one of the main reasons why juniors choose to take the PSAT. Around 16,000 students with the highest scores nationally are awarded program recognition with approximately the top 8,700 students earning scholarships.

“National Merit Awards can open the door for lots of scholarships,” Zhu said. “I didn’t want to miss out on opportunities to pay for college because of a logistical error.”

Zhu and her friends had to reach out to staff members and the College Board to figure out what exactly went wrong with their scores.

“I’m super grateful that Cal was able to fix the issue,” Zhu said. “But at times, I felt like I was in the dark.”

Cal is no stranger to these kinds of errors, with one of the most notable issues coming last year when school staff mistakenly returned a large number of the tests to the wrong location. There are two types of sorting boxes: one for the answer sheets and one for the used PSAT booklets. Each box is sorted with a shipping label that sends them to their respective warehouses, Farrar said.

“One of our boxes of answer keys went to the wrong warehouse,” Farrar said. “There were boxes that were mislabelled. The College Board sends us all the boxes and they send us return labels.”

The result was all of the answer keys in the box sent to the wrong location were marked as late. Farrar said the school went back and forth with the College Board to solve the problem.

In addition to invalidated scores, many students had problems this year with social distancing protocols being neglected during testing.

“For me personally, there [were] a lot of things that could have been done differently to make sure students were safe on campus,” junior Sophia Herrera said. “[The January test] was poorly set up.”

Herrera also noted that her parents received an email saying an unidentified student contracted COVID-19 after the PSAT.

“It has come to our attention that a person at California High School has recently been diagnosed with COVID-19,” Principal Megan Keefer wrote in an email. “Everyone considered to be a close contact has already been notified.”

This statement was later retracted, which caused additional confusion.

“I learned on Monday that the county has modified their criteria for what they consider ‘close contact,’” Keefer wrote in a separate email. “Based on the information I gave them, they determined that no one on campus was considered a close contact.”

On top of invalidated scores and issues with social distancing, students also felt aspects of the testing process was confusing and unorganized.

Hanin described the conditions of the January test as overly crowded and “in constant motion.” Other students agree that testing on campus was not as straightforward as they would have liked.

“I know one of the reasons so many students ran out of time was because they didn’t know where they were supposed to go, or had their classrooms changed pretty much on the fly,” junior John Hickman said. “All things considered, it was pretty chaotic.”

One improvement to this year’s administration was that test takers received the appropriate amount of time they needed compared to last year.

“I think this year was better handled than before,” Hickman said. “I remember taking the test last year and being frustrated because we didn’t have enough time to complete all of the sections.”

“I finished on time, but I felt like I had to rush to finish [and] there were others in my group that took much longer, well into the next period,” Castillo said.

All in all, the PSAT is not something many students look forward to.

“The PSAT is a dreadful experience I’d never wish on another soul,” Hanin said.

With colleges moving away from the SAT, it poses the question of whether the PSAT is still necessary. Farrar hopes the PSAT will become less relevant because of issues with social equality. He believes the PSAT is culturally biased despite the College Board’s efforts to balance the playing field.

“It’s just not fair to put weight on a test where [one] student can pay for a prep course and [another] student has the means of a tutor,” Farrar said. “You’re putting a ton of underrepresented, underserved, students at a disadvantage with this measurement tool that colleges have historically looked at. It’s just not fair.”

Since the PSAT/NMSQT gives students a chance to earn a scholarship depending on their scores, students who do not have the means to pay for outside resources are not put on the same playing field.