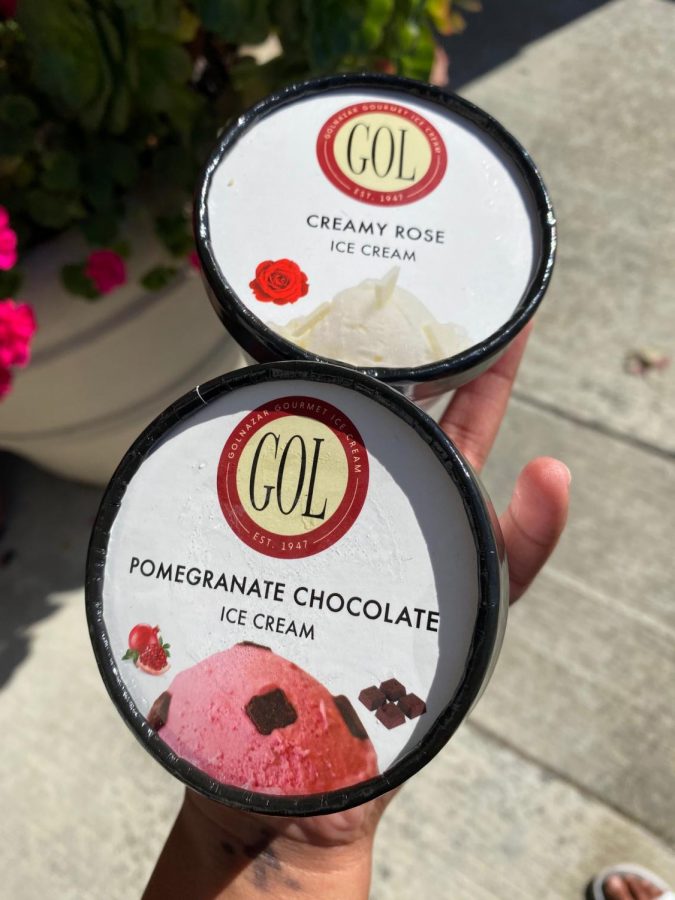 With summer fast approaching, Californians can count on the heat being a constant. There are many ways to have fun in the sun, but the best way by far is to enjoy a nice cup or cone of ice cream.

Here in San Ramon, there are many businesses that specialize in the creamy deliciousness that is ice cream. I went ahead and took the liberty of asking employees at each of these businesses what the best selling flavor was and tried them, so you don’t have to go broke doing it yourself. Here are the results.

Baskin Robbins is an ice cream chain parlor and a rival to Cold Stone. I went ahead visited the one at 2005 Crow Canyon Place  near Ulta and tried one of their best selling flavors: Jamoca Almond Fudge. I had no idea what to expect. Coffee with fudge, caramel, and almond sounds a little off putting, to say the least, and I was wary of the actual ice cream. But once I ate it, my life was changed.

The coffee flavor wasn’t too strong, but you could taste it, which was the aspect I was most interested in. The toasted almonds swirled in provided a little bite, which I liked a lot. The ribbons of caramel swirled in provided a pocket of sweetness as well. It is what I imagine a caramel macchiato with almond milk would taste like. This earned an 8/10 from me.

Cold Stone is a chain creamery that many of us have loved and visited, especially the Marketplace location. There is a great reason for that too. Their ice cream is great. It’s dense and creamy, and Cold Stone offers a wide range of flavors from cotton candy to fudge truffle. I tried their best selling flavor, sweet cream, and added in some of their most popular toppings: brownies and Oreos. I had high expectations and it did not disappoint.

The brownie was chocolaty and moist, like a brownie should be. Oreos are amazing as is, and I had no qualms about it. The ice cream base itself was amazing. It tasted like if vanilla ice cream dressed up and went to a dinner party. The value was great too. I paid $5.69 for a small cup, and the small size was big enough to tide me over for hours. Overall, it was enjoyable and I would definitely eat it again. This is as good as a chain creamery will get. I gave Cold Stone 10/10.

I might be a bit biased here, but it is for a good reason. Golnazar’s Ice Cream, stylized as Gol’s, is some of the best ice cream in town. They specialize in Indian flavors, which is great for me because I am Indian. Plus, Indian ice cream flavors are supremely better than any other flavor. Their exotic offerings include saffron pistachio, mango, rose water, and pomegranate chocolate. I tried the pomegranate chocolate and it was heaven on Earth. The ice cream was sweet and subtly sour, just like real pomegranate seeds are. The bitter chunks of dark chocolate melted on my tongue.

My family came with me and they tried other flavors, such as rose water, and believe me when I say that this place does not disappoint. Sure, the location at 12983 Alcosta Blvd near Iron Horse Middle School is kind of sketchy because they are renovating, but I paid $4 for a cup and my desi self was incredibly pleased with the quality and flavor of this ice cream. Who needs vanilla when you can spice up (or sweeten in this case) your life with something more delicious? I will definitely be spending more time than I am willing to admit here. Gol’s gets a 1,000/10 from me.

There are a few runner ups: Lottie’s creamery on the border of Danville and San Ramon had a mean vanilla salted almond toffee, called VSAT, but it was incredibly expensive for a teenager with very little money. Lord’s Creamery was also great, but the ice cream had slightly crystallized and I wasn’t really fond of chewing my ice cream. Of course, ice cream is ice cream and I would eat anything you gave me, but if you gave me the option, these are my top 3.