Some students go overseas for university 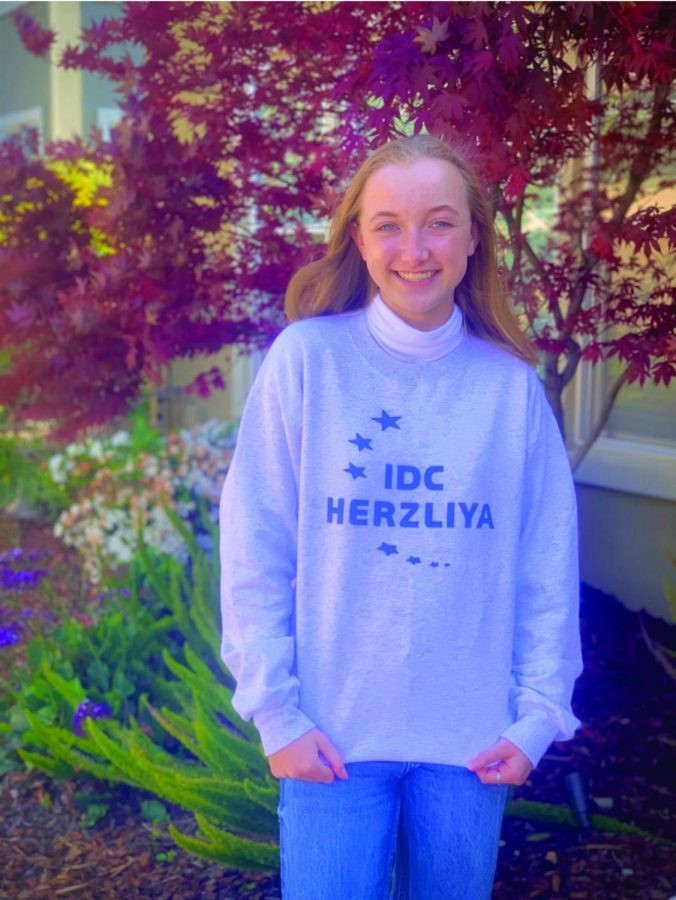 After a year filled with coronavirus uncertainty, political division, and a record-high competitive college admissions season, I think it’s safe to say the Class of 2021 is ready to move on.

Some of us, though, are moving farther than others.

While the U.S. State Department estimates about 10 percent of undergraduates study abroad at some point in college, far fewer are full-time international students. But this year, there are a handful of students from Cal High going abroad for their entire undergraduate degree, including myself.

Among this year’s graduates, Layla Duran will be attending St. Louis University – Madrid in Spain, Jack Clemons will be attending TU Munich in Germany, and Aryan Chhabra is planning on enrolling at a Canadian university after a year of community college. As for me, I’m attending IDC Herzliya in Israel.

The choice to study abroad full-time isn’t an easy one to make, but many factors can influence students’ interest in attending college outside the United States.

“Between it’s amazing location, good price, several major options, interesting internship opportunities, and Jesuit values, Saint Louis University – Madrid was the perfect match for me,” Duran said. “I also applied for the school’s Director’s Scholarship – a full tuition scholarship – and ended up receiving it, so the decision was even more clear for me.”

The quality of an education abroad is something that many students tend to overlook or dismiss when researching schools overseas. Many majors and programs are more specialized abroad, and offer more to the student who wants a unique quality education.

Chhabra was drawn to schools abroad because of their unique majors, including one for bioinformatics that he plans to pursue.

“If I must study while traveling abroad,” Chhabra said, “I may as well study a subject that greatly intrigues me and sparks my fascination”.

For myself, an aspiring communications major, IDC Herzliya offers a program more tailored to my academic interests. With a professional radio station on campus, guaranteed internship programs, and specialized tracks designed to help students focus their majors on specific skills, I’m in a better position going abroad to study communications than staying in-state within a more generic program.

But if U.S. programs are still your go-to, Duran suggests applying to American colleges that have branches abroad. These schools offer American-modeled curriculum in an international environment.

“You can just Google ‘American college in’ and wherever you are interested in studying,” Duran said.

Another one of the benefits of going abroad to school is the cost. Many schools overseas have reduced or even free tuition, which eliminates one of the biggest hardships of college.

“With U.S. colleges, I‘m not exactly sure why I’m giving an arm and a leg to attend, and where that money is going,” Clemons said. “For a full six years of school, it’s roughly €1,000, as most countries in the EU don‘t have tuition fees.”

Other schools, such as my future university, are only three year programs. This saves a year’s worth of expenses that can be put toward moving after college or even a Master’s degree.

Another perk to an education abroad is that the learning doesn’t stop on campus. Being in a new country is a great opportunity to explore and experience a new culture while still young, as well as expand language skills and independence.

“It’s exciting to know that I’ll be learning more about places that I’ve always dreamed of visiting,” Chhabra said. “I’m looking forward to experiencing the life and culture of where I travel, on and off campus”.

For Clemons, one of the biggest factors that drew him to Germany was the opportunity to learn a language.

“I’ll primarily be speaking German,” he said. “But as with here, there‘s people from all over, so that‘ll give me some chances to try out other languages too.”

Students who don’t want to deal with language barriers abroad can find plenty of programs in English. Plus, there are many English-speaking countries where students can attend college. Part of my decision to study in Israel was made because an estimated 85 percent of Israelis speak some English. This means I won’t be completely lost while learning Hebrew.

I’d say the reason most people don’t go abroad for a long time often has to do with distance and culture shock. The “what-if” factors that come without doing enough research can easily overwhelm people and cause them to miss out.

Duran, who was an exchange student in Italy during her sophomore year, believes that studying abroad can often be over-romanticized.

“I was homesick when I was an exchange student in high school, and culture shock is real,” she said. “It’s still school, not a vacation.”

Chhabra’s main concerns with studying abroad include being away from his friends and family.

“I fear that my decision as to where I go may not be as thrilling as I’d hoped,” he said. “However, it’s important to understand that everyone struggles with the fear of moving away at some point, so I know I can deal with it”.

“The Greek life, football games, campus culture… none of that is the same in Europe,” she said.

She’s been combating her fear of missing out, though, by researching the culture in Madrid and fun activities, such as the soccer league and incredible nightlife.

“It won’t be a typical American college experience,” Duran said. “But I’m now more excited for what my experience has in store than I am concerned about missing out.”

On the other hand, some students like Clemons have almost no insecurities about their decision to go abroad.

“You just need to know what you’re getting yourself into,” he said.

Personally, I found it helpful to ease myself into the decision to go abroad by applying to colleges in the U.S. in addition to overseas. By turning American schools down in favor of IDC, I was sure that I was making the right decision for me and not just running off to another country.

At the end of the day, all of us agree that the worries some may have about leaving home don’t outweigh the benefits of taking the leap and going abroad. When it comes to having a successful study abroad experience, an open mind and ready-to-go attitude are essential to making the most out of the experience.

“One should have confidence, especially in themselves,” Chhabra said. “Be enthusiastic and grateful for the opportunity to learn more about the world around you. It can be both scary and spectacular”.

As for advice to those considering studying abroad? The consensus: if you’re already thinking about it, just do it.

“Just apply! It doesn’t hurt to keep your options open,” Duran said. “Do research on specific universities that you find interesting, and who knows? Maybe you’ll find the perfect match like I did.”