Homecoming is back… just a month earlier

After being cancelled last year because of COVID-19, annual week of fun and frivolity kicks off Monday and culminates with outdoor dance on Saturday 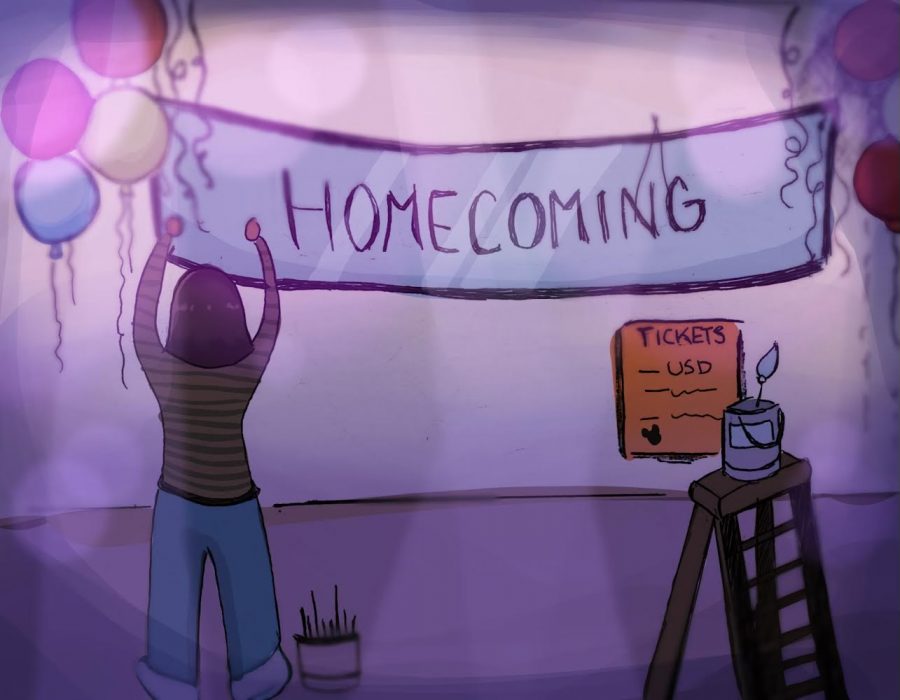 Cal High's leadership class has made adjustments to this year's homecoming festivities, which have been moved up a month. The dance also will be outdoors because of COVID-19 precautions.

Homecoming is coming a little earlier this year.

In addition to being scheduled for next week – a month before it’s traditional late October date – leadership is making adjustments to homecoming because of COVID-19 by moving it outside, just like Senior Ball last spring.

The homecoming dance is next Saturday, Sept. 18 at 7-10 p.m., the day after Friday’s parade and the football game against Milpitas. The parade starts at 1:30 p.m. from Athan Downs Park, and the varsity game kicks off at 7 p.m., right after the JV game.

All of the homecoming events were cancelled last year because COVID-19 kept district campuses closed and students at home in virtual learning.

New leadership teacher Troy Bristol said the earlier date was set to align with a home football game against a favorable opponent, bringing challenges for the homecoming committee in planning the dance so early in the school year.

Between the homecoming rally on Thursday and the parade and game on Friday, and the dance next Saturday, the usual to-do list has been put on a tight schedule, said Hannah Cheng, Cal’s other new leadership teacher. For the parade alone to occur, the committee must communicate with the police department, fire department, city council, and neighbors around Cal High in advance.

“Because it’s a month earlier, and Mr. Bristol and I are new to this position, it’s a lot of learning how we can do this efficiently and correctly,” Cheng said.

To take precautions against the spread of COVID, the dance was moved outside to the quad instead of the gym, which means more space to cover with decorations and more entrances to protect with security. As usual, guest passes are not permitted for this dance.

Fortunately, Cheng reassures students that most traditions they expect at homecoming including the “welcoming back theme”, music, dancing, and more will remain the same.

“We’re getting a lot of perspectives on how we can make our homecoming weekend the best it can be – bigger and better,” Cheng said.

While tech, a DJ, and decorations all maintain heavy and time consuming approval processes, students can expect entertainment this year to feature a photo booth, foosball, Skee-Ball, and, of course, dancing.

Meals will have to be individually packaged. Both Cal High and vendors have their own policies in regards to COVID-19, which makes it more difficult to secure eating arrangements in time for the dance, said junior Simi Shetty, homecoming co-chair.

“We’re trying to contact vendors and we have to be super persistent just to make sure everything runs smoothly,” Shetty said, “They have their own things going on so they’re not going to prioritize high school students.”

World Wrapps, Dos Coyotes, Panda Express, Mustache Mike’s Italian Ice, Eclipse Ice Cream, and T4 have been confirmed to be vendors at homecoming this year, according to an email students received from Bristol.

Junior Mia Rabuco is among the group of students in charge of finding vendors, talking to administrators about logistics, homecoming court, ASB tickets, and other tasks involved with the dance. She said that with such little time to settle into new roles within leadership at the beginning of the school year, finding a groove to plan an event like homecoming can be tricky.

“It’s harder because we’ve only been in school for so long,” Rabuco said, “so working together and figuring everything out has been harder since everything’s so new.”

Although it sounds like it may be exasperating, Rabuco said that so far stress levels have been fairly low, but could likely grow with homecoming week on the horizon.

But students like senior Mahika Gupta, who has attended every homecoming dance at Cal High since freshman year, are concerned regarding all the changes.

“It’s definitely going to make a big difference,” Gupta stated, “Especially during our senior year, I wish we had it in the Event Center like usual.”

To Gupta, without guest passes for friends from neighboring schools to attend, there is not as much appeal. Gupta also worries that with the rough dancing that occurs in the mosh pit, along with the uneven surfaces of the concrete outside, having the dance outside could be a safety precaution.

“It just doesn’t seem like it’ll be fun,” Gupta said.

“Homecoming is happening so long as our students do their part to keep everyone safe,” Cheng said, “Everything can change, as we know.”