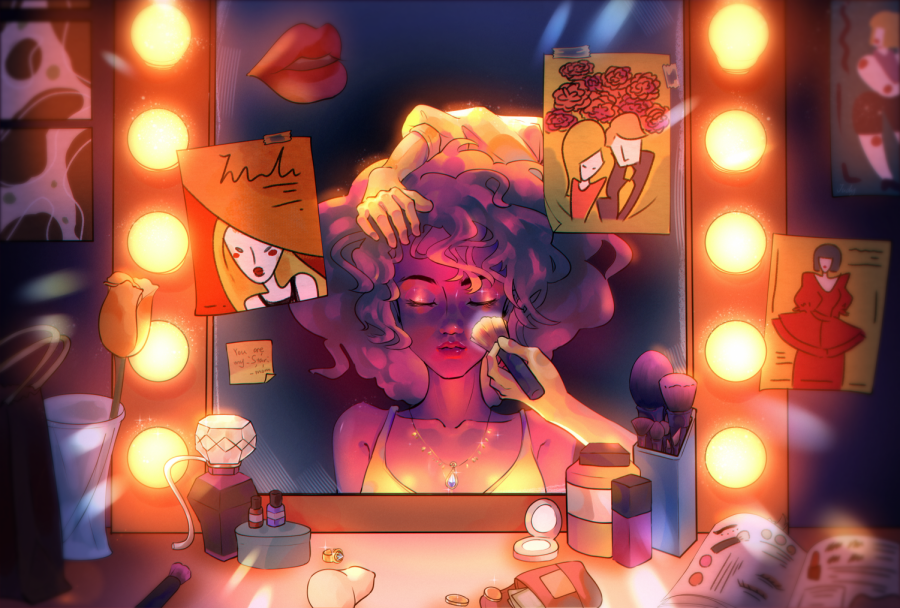 Minority representation is a bone that actors, directors and viewers have picked for decades.

Although our society has definitely evolved from once having an aggressively racist film industry, many of these problematic patterns are scarily repetitive.

Social media users have discovered one of many upcoming directors to put the blame on: Kenya Barris. As the creator of “#BlackAF”, “Black-ish”, “Grown-ish”, and “Mixed-ish”, (and soon to be “Brown-ish”) Barris has perpetuated many acts of colorism and misrepresentation in his work. Crazily enough, a large majority of the actors Barris’ casts for these shows are light-skinned.

As expected, Barris chose to highlight light-skinned sisters, Sky and Jazz Forster, and their struggles with being excluded from the “desired dating pool”. Realistically, an episode about colorism would spotlight dark-skinned people, aka the ones who face colorism in the first place.

Although ABC and Freeform have been bombarded with these “-ish” shows, Netflix isn’t doing so well either. The hit drama series “Never Have I Ever” has left viewers questioning whether they hit the mark on being culturally sensitive.

With an Indian-American lead, the plot follows a teenage girl who’s going through the waves of high school.  Although Netflix did well with writing a show that isn’t about the typical white American teenager, it is very clear that Netflix still depends on racial stereotypes when writing a cliche script.

The plot referenced tired Indian stereotypes, such as arranged marriages, fake Indian accents, an over-controlling mother, and being the “unpopular” kid at school.

But that’s not all. More recently, the phenomenon “In The Heights” has received endless backlash for the absence of dark-skinned Afro-Latinx people in the movie. The musical film takes place in Washington Heights, a heavily populated Afro-Latinx neighborhood.

Despite that, none of the lead actors were of Afro-Latinx descent besides Leslie Grace, a light-skinned Dominican woman.

“Why are Afro-Latinas who look like me excluded from the lead? Have y’all ever been to Washington Heights? We’re not all white-adjacent. When will they stop erasing us? Representation matters.” Lynn V on Twitter wrote.

It wasn’t until multiple discourses that “In The Heights” music composer and actor Lin-Manuel Miranda took to Twitter to issue an apology for the misrepresentation of Washington Heights.

He admitted that team behind the movie “fell short” and took accountability for the improper casting. Although Miranda recognized where he went wrong, it’s a shame the movie was held back because they couldn’t cast dark-skinned actors.

As ethnically diverse TV shows and movies have become the new normal, viewers can only hope that these shows will lose their racial insensitivity as time goes on.

Until then, Twitter will always be there to warn the public on which strange show or movie to steer away from next.