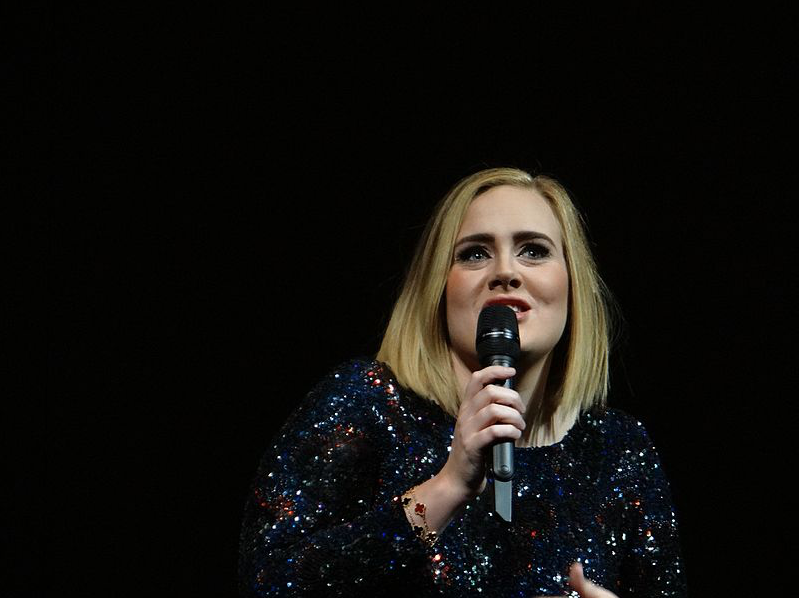 Whether you’re a rap fanatic, ’80s rock lover, or a heavy metal listener, Adele is most likely sitting somewhere in your playlists.

Adele has been gone from the industry for too long. But we are finally seeing the light. After her six-year hiatus, the superstar is back like she never left.

Prior to releasing her latest single “Easy On Me”, the singer left us with her 11-track album “25” in 2015. With tracks like “Hello” and “When We Were Young”, it’s safe to say that the album alone had enough hits for us to survive the recent Adele drought.

Much like her older projects, Adele has always stuck with her original sound: passionate, emotional, and traditional ballads which never get old.

“This recent single sounds like it could be on any of her other older albums” senior Adrian Casiano said. “When it comes to female artists, I feel like they have to reinvent themselves often. But for Adele, we allow her to stay the same. And it works for her.”

Casiano said “Easy On Me” exceeded his expectations, especially because the song followed some old fan-favorite singles.

“A lot of her music is really depressing, but they all slap,” senior Miles Vetrovec enthusiastically said. “It doesn’t even seem like she left for six years. She has really good music and I’m excited to hear more.”

Vetrovec, a singer himself, also expressed how Adele even helped him discover the lower range in his voice. It is quite visible her impact is pretty undeniable.

Social media undoubtedly loves Adele. But the internet’s love for her grew even larger once they read into the lyrics of “Easy On Me”, discovering the meaning behind the beautiful song.

In an interview with British Vogue, Adele told the magazine that her upcoming album titled “30”, which  was released Nov. 19, is for her son, Angelo. More specifically, she created the project to be an explanation for her divorce with ex-husband and Angelo’s father, Simon Konecki.

“I just felt like I wanted to explain to him, through this record, when he’s (Angelo) in his twenties or thirties, who I am and why I voluntarily chose to dismantle his entire life in the pursuit of my own happiness” Adele told British Vogue.

The record-breaking single debuted at No. 68 on the Billboard Hot 100 Chart after just five hours of tracking and sales. After it’s first full week of tracking, Adele took her well-deserved, and expected, seat at the No. 1 spot.

The song easily broke Spotify’s record for most global streams in a week, garnering more than 84 million listens. With the looks of it, it doesn’t seem like Adele’s leaving the top 10 anytime soon.

Luckily, Adele won’t have fans waiting too long for more. The release of the album on Nov. 19 gives fans a lot of listening to do. One can only hope Adele doesn’t go back into a hiatus after dropping the banger that is “Easy On Me”.