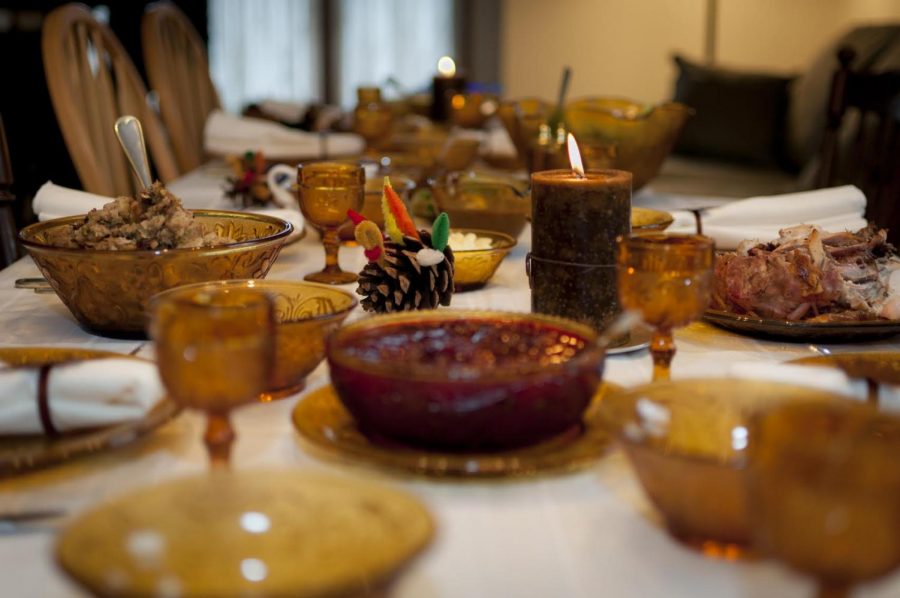 Don’t get me wrong, I love spending time with my family, but there’s something uniquely drab about Thanksgiving in particular.

It’s right between two of everybody’s favorite holidays. But it has neither Halloween’s scares nor Christmas’s spirit.

So why does Thanksgiving have this somewhat dull reputation? Is it because all the turkey and bread make us forget most of it? Is it because we don’t get presents or candy?

The answer is no. It’s something different. Allow me to explain.

Thanksgiving and the break that accompanies it are what I would call a “breather”, a time between two of the most important and energy-filled holidays of the year. It’s also a break between the “October Slump” and first semester finals.

Obviously not every event has to be as anticipated as Christmas and Halloween. Thanksgiving is a time to decompress, and what better way to do that than eating delicious food with your family?

It’s also a time of bonding with friends and family, even with that one uncle who isn’t related to you yet still keeps showing up somehow. It’s a time of bonding over cooking your first  turkey breast. Believe me, I’ve already tried cooking a turkey by slapping it several times, but I didn’t have the willpower to go all the way.

All of that is what makes this year’s Thanksgiving so different. Last year, for me at least, was kind of rough. My family had to sit at the dinner table wearing their masks when we weren’t eating, diluting the thanksgiving experience. Fortunately, with everything inching back to normality, this year is more exciting.

As much as I understand the need for masks, it’s difficult to tell Grandma about my academic achievements when my voice is being muffled and she has to repeatedly turn her ear toward me until she’s looking in the opposite direction.

Speaking of academic achievements, it’s also pretty good that I can give a conclusive answer to the question, “How is school?” this year.

This year, I actually know what some of my classmates look like instead of just names on a black screen, and I’m not cramped in my dad’s home office.

I can finally get some fresh air instead of constantly smelling dog hair and desperation. Then again, I have to use the Cal High bathrooms and the stairs still exist, so let’s call it a draw.

I’m also very thankful to not have a crazy uncle who talks about politics, and how “5G in the facemasks” is going to turn us all into vaccinated mole-rats.  I can assure you that if I did have an uncle like that, he would have a very comfortable seat in the backyard for Thanksgiving.

Given that last year’s Thanksgiving was very close to the 2020 election, I’m kind of surprised there was barely any discussion about it within my family. With such a momentous occasion so near, I was almost bracing myself for a debate over dinner. Fortunately, all we discussed was the price of turkey and my bad grades. Luckily, it seems like things will remain the same in that aspect for this year.

I have many things to be thankful for this year: better grades, actually being in class, and a lack of politics at the dinner table.

But most importantly, I am thankful for Thanksgiving being a thing. Without it, I wouldn’t have those few, precious days of break time that comes with it.