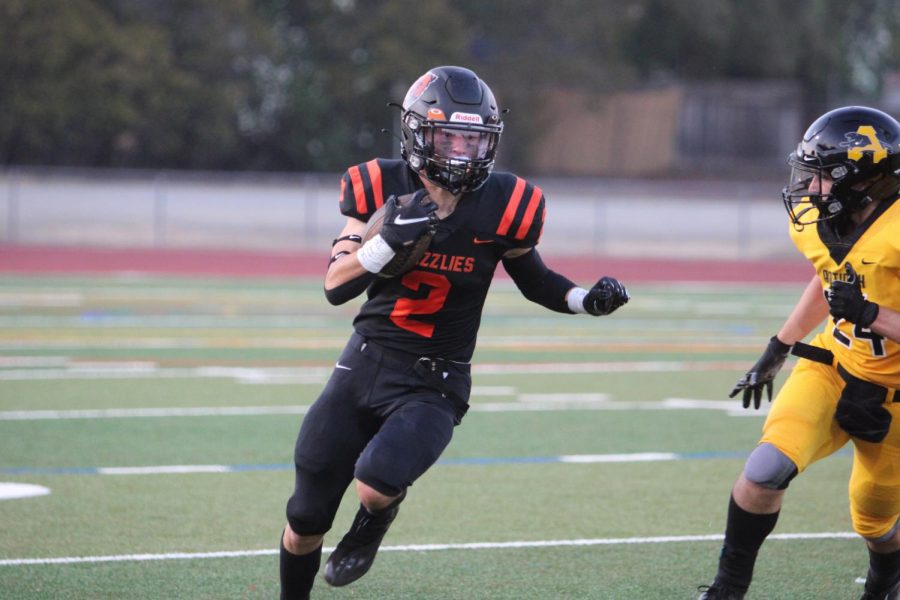 Senior running back Trevor Rund rushed for 237 yards and three touchdowns to lead the Grizzlies to a 48-21 victory over Monte Vista in the opening round of the NCS Division I playoffs on Nov. 12.

Cal High’s varsity football team is gearing up for another go-round with Clayton Valley tonight in the NCS semifinals after beating Monte Vista in their playoff opener last week.

The Grizzlies travel to Clayton Valley with a berth in the NCS Division I championship on the line. The game kicks off at 7 p.m.

The winner will face the loser of the Pittsburg-De La Salle game. The winner between De La Salle and Pittsburg will be the Open Division champion.

Cal already beat Clayton Valley earlier this year on Oct. 8 when quarterback Teddy Booras connected with wide receiver Jake Calcagno for a last second touchdown, giving the Grizzlies a dramatic 19-18 victory. These two teams have played each other very close over the last two seasons. Cal suffered a tough 20-16 loss to Clayton Valley last season before getting payback last month.

In a wild first round game on Nov. 12, Cal took down the Mustangs by running away with a 48-21 victory in the second half. The Grizzlies jumped on the board early taking a 7 point lead on the first drive and from there the first half was back and forth. The first half ended with Cal 28-21, but the Grizzlies headed into the locker room knowing it was going to be a fight to the end.

Some halftime adjustments turned the game around when Cal changed their defensive strategies and shut out the Mustangs in the second half.