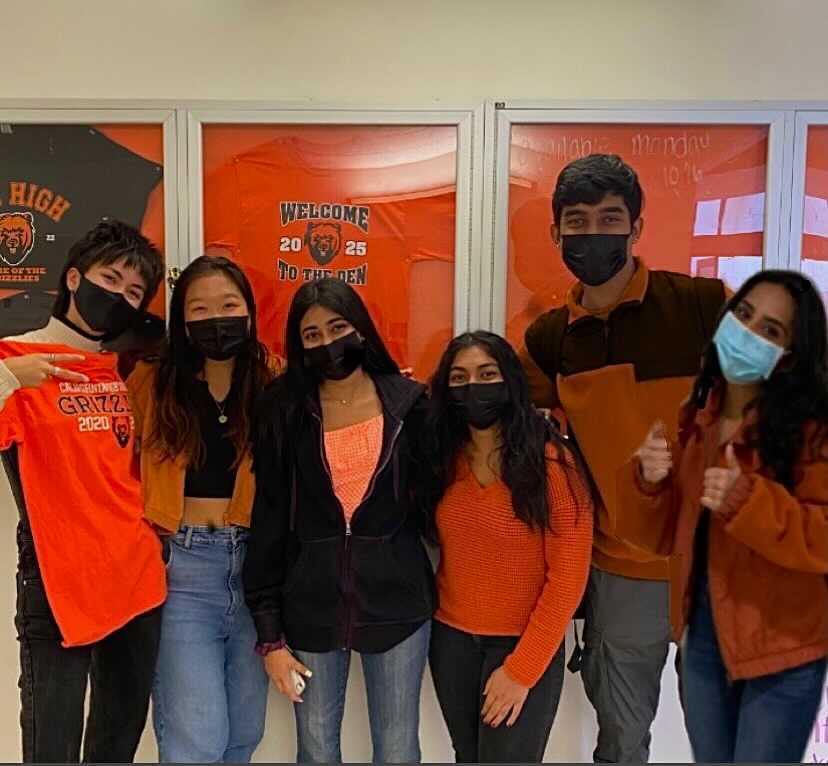 Well, that’s exactly what the 19 high school students – six from Cal High – do as members of the San Ramon Teen Council.

These students recommend to the San Ramon City Council what they believe would be good for teens in the city.

The Teen Council has been meeting in person since the new term began in August after meeting online last year.

Other Cal students who are part of the Teen Council include senior Suyash Goel, senior Diya Madhok, sophomore Emily Cooper, and junior Saachi Sharma, who is The Californian’s News Lite editor.

Madhok is the only one of Cal’s six members who is not new to the Teen Council.

Each member submitted an application and was interviewed before being selected. There are 17 voting members and two alternates chosen to be a part of the Teen Council.

The group has conducted several workshops and has run campaigns in hopes of making San Ramon a better place for teens.

One of the Teen Council’s more successful projects was a campaign against drugs. During the campaign, council members showed teens drugs that were hidden in plain sight to illustrate how discreetly they could be disguised. Afterwards, a police officer visited and spoke to them, Lin and Madhok said.

The Teen Council also sets up different workshops, such as career workshops to help students find what they are interested in and what they want to do in the future.

Here’s a closer look at each Teen Council member from Cal.

Cooper joined Teen Council because she wanted to be a voice for the teen community in San Ramon.

Cooper feels she can make an impact through the council, especially since she gets to talk to adults, which she says can be difficult for some teens.

“I want to make San Ramon a more fun and safe place for teens,” Cooper said.

Cooper would like to make mental health a bigger priority for teens both at home and in school while she is on the council.

In her free time, Cooper enjoys listening to and playing music on the piano and bass, especially indie and alternative music. Cooper has been playing the piano for five years and started playing the bass last summer.

Teen Council Ambassadors was a way for middle schoolers to try out Teen Council. It also allowed students who didn’t make it into the main council to have an opportunity to be a part of it, Goel said.

“[San Ramon] really raised me. We have great schools, great community, Goel said. “It really shaped who I am.”

Goel has always been interested in politics and was one of the field organizers for the California Democratic Party in 2020. He has also helped with local campaigns during the election and served as the internship director for City Councilmember Sabina Zafar’s campaign in her 2020 mayoral race.

He hopes to help to represent the problems that the teens are facing.

“I wanted to make a tangible impact on the community,” Gupta said. “It’s a really impactful way to be able to kind of put teens opinions out there, and just kind of tell the adults that make the decisions in this city what teens want in the city”

Gupta enjoys debate and often does community service and volunteer work. She is the president of the Cal High Red Cross Club.

“I volunteer for the Red Cross because they are a humanitarian organization that doesn’t discriminate based on anything and they’re impartial,” Gupta said. “They kind of just help everyone.”

Gupta is a tutor and said she enjoys it because she likes to teach younger kids. She also loves painting in her free time.

Lin also joined Teen Council this year after being a part of Teen Council Ambassadors. She was another intern for Zafar, who was previously vice mayor.

“I’ve always had a passion for connecting with San Ramon and what I can do for the city,” Lin said. “I just really appreciate everyone here.”

Outside of Teen Council, Lin has run cross country and track for Cal since her freshman year.

Lin is the vice president of the TEDxCHS club, which had its first talk on Zoom last school year. Speakers at the event discussed issues both local and global in 2020.

In the future, Lin wants to major in International Relations. She is interested in the way countries work with each other and loves learning new languages, so she would also like to minor in linguistics.

Madhok is serving her second year on the Teen Council. She first joined because she wanted to find a way to get more involved with the community.

Although Madhok’s first year on the council was virtual, she still believes they were still able to make an impact.

“We were able to push out [the] Teen Ambassador program,” Madhok said. “They were working on women empowerment, ways to get involved with the community through COVID, reintegration.”

Madhok is the chair of the council’s community outreach committee and helps promote activities such as Teen Ambassadors and the Outstanding Teen Citizen award.

The award is given to a teen in San Ramon who has done something above and beyond for the community.

Madhok is also a part of the U.S. Naval State Cadet Corps where she does a lot of volunteer work and leadership building. She is also the secretary for Cal’s American Cancer Society and co-captain for Cal’s girls lacrosse team.

Sharma joined the Teen Council in September after hearing about it from fellow member Madhok. She wanted to join because she felt her interests matched the objectives of the Teen Council.

“I love politics, I love leadership positions and I really wanted to help[the community],” Sharma said.

Sharma hopes to make a difference in the community of San Ramon and believes that being on Teen Council is one way to accomplish that.

Sharma also plays golf for Cal, participates in theatre and is a member of the school’s Speech and Debate Club. She is also the club president of the Worldwide Club.