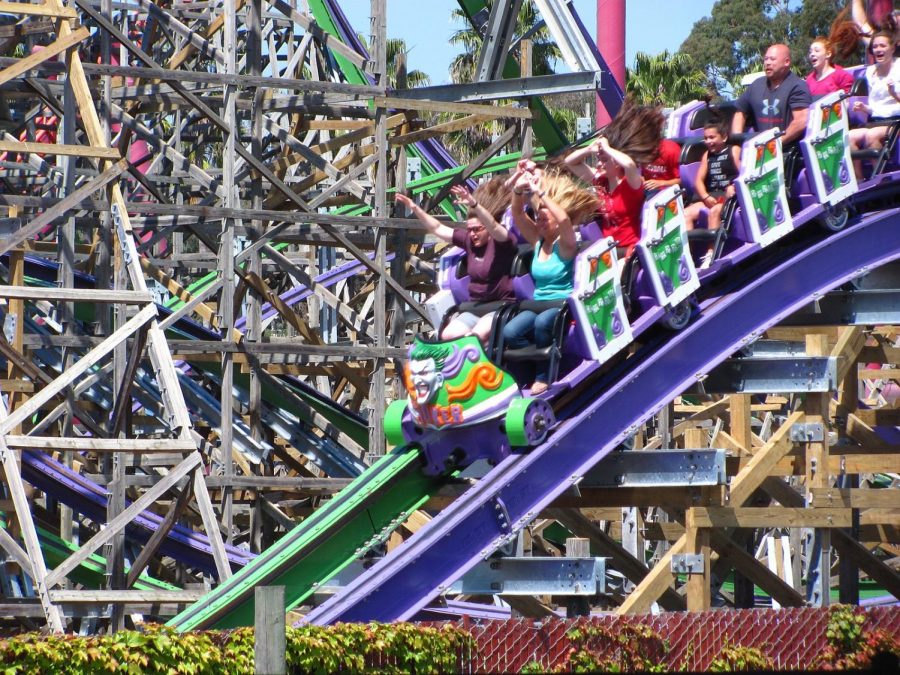 Some students participating in Senior Ditch Day earlier this month were planning to take the day off from school to visit Six Flags Discovery Kingdom in Vallejo.

When Cal High’s official Instagram page announced senior ditch day would be on Dec. 10, students assumed it was official.

But then seniors were notified by email on Dec. 3 that they had to report for class on Dec. 10 or they would receive a cut. The email was sent out to clarify to students and parents that senior ditch day is not an official day off or sanctioned by the school.

“The email sent out by the admin is something they [admin] have to do,” senior Carson Aynesworth said. “[Admin] understands that seniors are [going to] have ditch days but can’t make it seem like a school sponsored event, so the email is just to let parents know.”

“People thought that it was a school event instead of student-led, leaving the school with liability issues,” said a senior who wished to remain anonymous because he ditched that day. “I think the email was clarifying but also scared some students into staying at school.”

The timing of senior ditch day wasn’t originally set for Dec. 10. The ditch day was first scheduled for Nov. 3, but it had to be canceled because most students were notified too late, so the date was changed, Aynesworth said.

Teachers also have reservations about the Dec. 10 ditch day since finals were scheduled to begin the following week. Students are expected to attend classes during this time to prepare for finals.

“It is kind of an odd timing to hold a ditch day because today [Dec. 10] I have a test scheduled and I can’t do it next week because we’re preparing for finals next week,” Calculus teacher Janice Saiki said. “I don’t really think it’s a good time to ditch.”

A number of teachers like Saiki had tests scheduled for Dec. 10.

The majority of the teachers that support the ditch day tradition acknowledged that the timing made things harder for everyone.

“The [ditch day] that’s in May, after AP testing, and when all the senior events are going on, that’s one that’s kind of traditional, and I would try planning my curriculum around it, make sure we’re not doing anything important that day,” Saiki said. “But this one is kind of an unusual time for ditch day.”

Assistant principal Catie Hawkins doesn’t see the purpose in the ditch day to begin with.

“I am not in favor of senior cut day,” Hawkins said. “I think there is enough freedom built into the school year to have enough time off. I don’t think there needs to be an additional day off.”

Hawkins believes ditch days are not beneficial overall, but the timing of this one made it more difficult for teachers who had to cover some material before finals.

Hawkins said when one of the members of the administration went into one classroom on Dec. 10, only about 12 of 28 students were present. In AP classes, such as AP calculus, very few students ditched, Saiki said.

Many seniors ditched because they wanted to make their senior year memorable.

“I ditched because these traditions are and have been a part of Cal High and senior fun for many years,” the anonymous senior said. “Senior Ditch Day is a day where we can have a day off from life and go have fun, and enjoy the Bay Area before many of us leave for college.”

Seniors who skipped school were glad they got to have a great day and make the day memorable and fun to recall.

“Overall I’m super glad it came together and the people who ditched were able to have fun,” the anonymous senior said. “I was able to sleep in, get coffee and breakfast with my boyfriend, and then go to Berkeley with my friends. I had such a great day!”