Hey NY Times, is this a word? 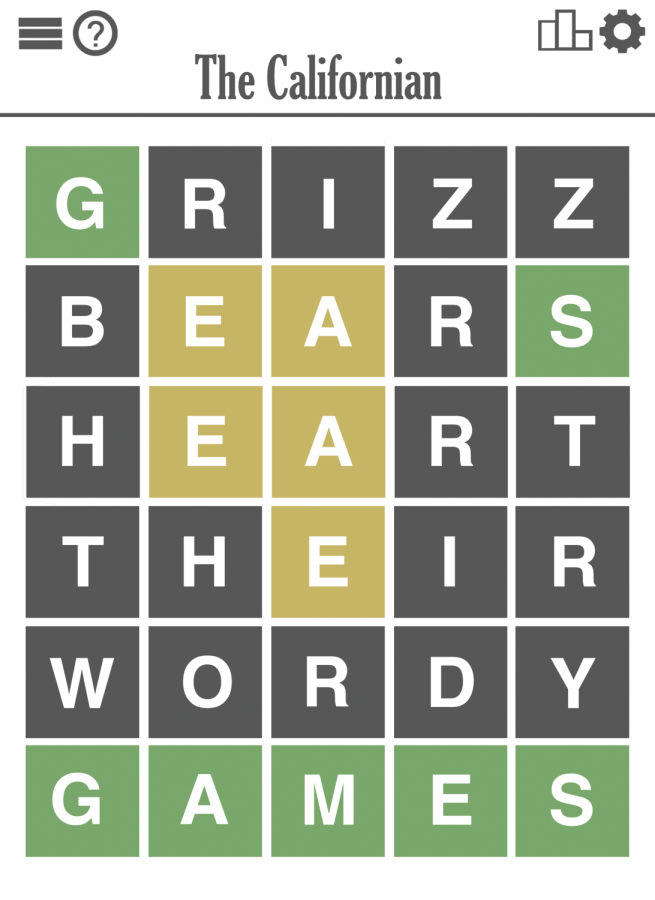 Wordle is a word puzzle game where players guess a five letter word in only six attempts. Letters in the correct space are shown in green, while letters in the wrong space are shown in yellow and letters that aren’t in the word of the day remain gray. The game resets daily, which fosters healthy competition and occasionally anguish among its players.

We need to talk. We both know that on Jan. 31 you made a purchase, one that affected the lives of many people – mine included. You may not realize it, but allow me to explain what your acquisition of Wordle means to me.

In order for you to understand the relationship I have with Wordle, you must know the story of  how I found love.

My very first Wordle word was knoll. In case you are unfamiliar with the term, it means a small hill or mound, according to Oxford Languages. Say what you will about this word, but I found it rather cute. I fell head over hills for this daily word game and embarked on my Wordle way of living.

I would stay up late waiting for the next word to come out and immediately try to solve it. I would play while in class, then after finishing, have a discussion about it with Ms. E or Ms. Saiki, Cal teachers who are also Wordle enthusiasts.

In my Medical Interventions class, I would play Hello Wordl, another variation of Wordle with words that range from four to eleven letters. I appreciated the challenge because I knew what I was getting myself into. I would never fail to impress myself when I managed to guess the right word.

But those glory days with Wordle did not last forever, and I have reason to believe it is because of you.

I will never forget the day when the person who inspired me to play lost his streak because of you. He was loyal and had a 35-day streak.

The saddest part is he blames himself for losing.

But I know it was you. You were his undoing.

Ever since you took possession of Wordle, my Wordle group chat has been filled with comments such as, “All these words have been made up I swear”, “Freaking NYT’’, “I refuse to believe it’s a real word”, “That felt rigged”, and “I didn’t even know that was a word.”

Look at what you have done to this precious community. But I’ll admit it, you haven’t been all bad. I remember once, the word of the day was “robin”. Now that was cool. My mom’s name is Robin. You can imagine the flood of messages she received telling her to play Wordle that day. She slayed and guessed the word in three attempts.

But that moment of bliss didn’t last long.

I know for some, the word that resulted in their downfall was “caulk” or “vivid”, but “cynic” left an impact on me. Cynic is defined as “a person who believes that people are motivated purely by self-interest rather than acting for honorable or unselfish reasons”.

Dare I say that this word made me believe that The New York Times Wordle has no honor? The game was fun, but now I am not so sure what it has become.

I will keep on playing, using my Wordle group chats as support during these nasty times.

My story ends with the word mourn. When I got this word, I realized you made me go through all five stages of grief. I no longer mourn the loss of the former Wordle. I have accepted the game’s future, but I have hope that my Wordle group chat will soon be filled with the comments “ez”, “Bow down to me”, “This one wasn’t so bad”, “YOOO”, and “Let’s go!” after we complete the daily Wordle again. I will keep playing and overcome these vivid words and not become a cynic.

A wounded but resilient Wordle player,