Vaping on campus not blowing away

Vape, marijuana use is declining, but students say it’s still a problem 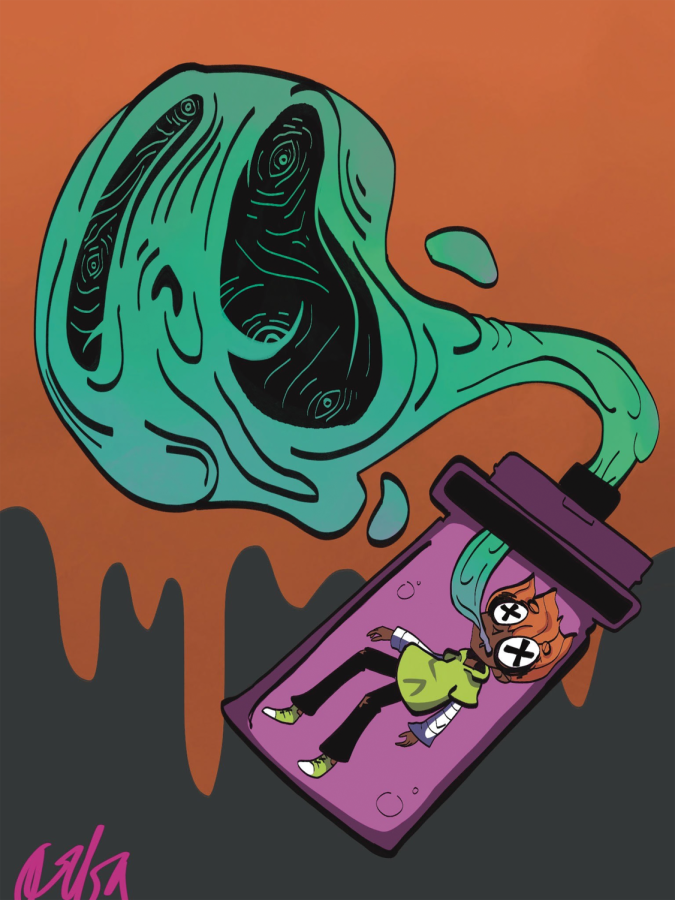 The rates of high school students vaping are in decline, according to the CDC.

How often do Cal High students really do drugs?

From nicotine to weed, drugs are often depicted as a large part of high school culture in popular media. Although heavily dramatized, drugs in school remain a reality.

According to a survey The Californian conducted, two-thirds of the participants knew at least one person who vaped, and 17 percent knew 10 or more Cal students who vaped.

The survey sampled 281 random students, or 10 percent of the school’s 2,801 students.  A Google form survey was sent to the students, of which 64 students responded. Participants were also given the option to add other comments. Students’ responses were anonymous.

“Unfortunately, [drug use is] a reality and luckily, I haven’t seen anything happen,” an anonymous freshman boy wrote in response to The Californian’s survey. “It seems popular amongst this generation of teens and is seen as cool, not only at Cal High but across the country.”

At Cal, social situations tend to influence potential vapers the most, according to the survey.

“Every once in a while I’d be offered [a vape],” anonymous senior boy A wrote. “It wasn’t much of peer pressure but was [more] like social behavior. I vaped quite a bit, especially in the past, and I’ve never owned my own vape, so it’s definitely like a social thing.”

“I used to vape,” anonymous senior boy B wrote. “I eventually stopped. I vaped often, it was a pretty big problem. I probably vaped a few times a week. The first time [I vaped], I was offered [it] by a friend.”

According to the Centers for Disease Control and Prevention, vaping among high school students nationwide have declined by 1.8 percent from 2020 to 2021. Some Cal students believe that vaping rates have declined in the past few years as well.

“I’ve actually noticed less people like vaping in class or in the hallways [compared to earlier years],” senior A wrote.

“[The vaping problem is] not as bad as people say,” he said.

But 64.1 percent of survey participants rated the vaping problem at Cal as a 5 or more on a scale of 1 to 10, with a 1 being not a problem at all and 10 being the biggest problem.

Ford said vapers are usually found in bathrooms, but are rarely discovered.

“Personally, I haven’t seen many people do it,” freshman Justina Aziz said. “[But] last week I [saw] kids smoking in the girls bathroom. It wasn’t just girls. It was also boys.”

Although vaping has declined, marijuana use has become more popular at Cal, according to students surveyed.

Marijuana is the most common substance used with 3.2 percent of students surveyed indicating they smoked it every day, and 6.3 percent saying they had smoked cannabis at least once.

“[Marijuana] made me a lot less anxious,” anonymous senior boy C, who smokes the drug on a regular basis, wrote. “I used to have [a] ton of anxiety, and it makes hanging out with friends a lot of fun, helps me sleep.”

“This is my first year at Cal,” senior B said. “I used to go to San Ramon [Valley High School] and I don’t notice vaping here nearly as much. It is not nearly as big of an issue here as it was at SRV. It’s not the same. It’s bad [at Cal], but it could be worse.”

Added senior A, “When I was a sophomore and I used to hang out with juniors and seniors, they did a lot more [drugs] than the juniors and sophomores I see as a senior,” senior A said. “I don’t know if [it’s because] people know the effects [of drugs] more or just that the demographic’s changing.”

Administrators are working with students who use drugs to help minimize the number of drug users on campus.

““[We want] to help with the underlying issues and help [drug users] quit,” assistant principal Tucker Farrar said. Drug use doesn’t line up with someone who’s trying to become their best selves. I want our students to be healthy and safe.”