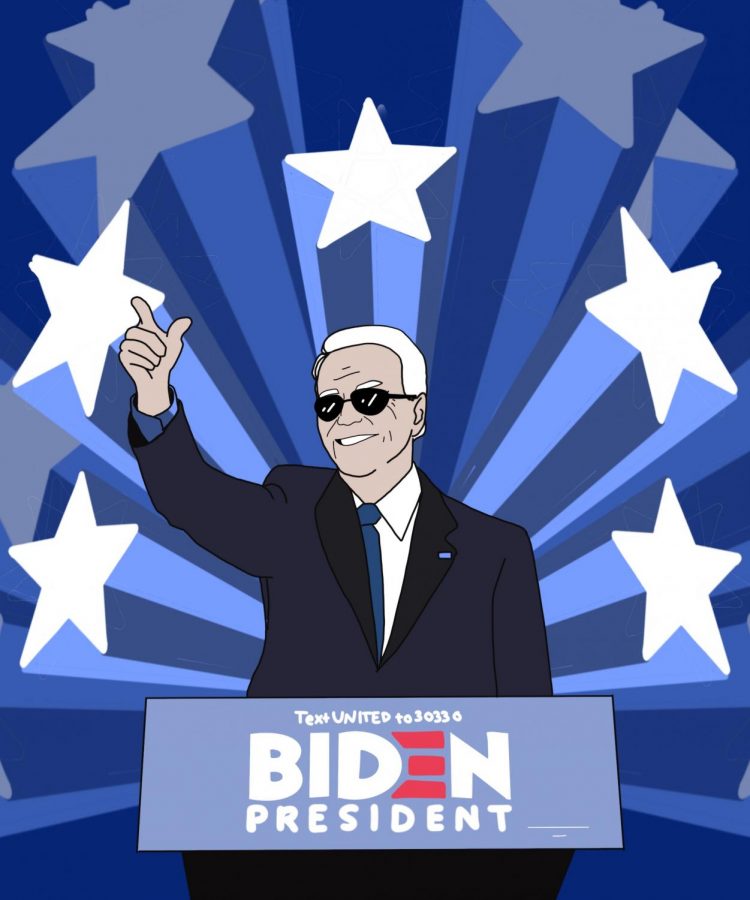 Democratic challenger Joe Biden hopes to return to the White House after servicing as vice president for eight years under President Obama.

The 2020 presidential election is one of the most crucial elections in decades.

The outcome will either secure a strong future filled with opportunity and prosperity for generations of Americans or solidify our nation’s lack of civility and increase tension throughout an already divided America.

Fortunately, Democratic presidential candidate Joe Biden’s plan can lead us to the former.

The United States is home to around 4.25 percent of the world’s population yet leads all nations with 25 percent of all internationally reported COVID-19 cases. With the promise of mandating a mask in public and formulating a $47 billion plan to distribute coronavirus testing and a vaccine when it’s developed, Biden can save more than 100,000 lives in just the coming months, according to ABC7 News.

The mishandling of the coronavirus not only caused the death of more than 227,000 people, it also began one of the greatest economic depressions in American history.

A large misconception surrounding the election is that Biden’s financial plans will further weaken an already suffering economy. But this is untrue, according to a thorough investigation done by Moody’s Analytics, a highly reputable investment research firm.

Biden’s policies call for a tax cut rescindment on large corporations and individuals making more than $400,000 annually. This will increase tax revenue while lowering government spending, causing the GDP to rise. Furthermore, the plan includes raising the minimum wage to $15 an hour, leading to a projected 7.4 million new jobs.

“Biden’s economic proposals would result in a stronger U.S. economy than Trump’s,” Moody stated clearly in its online report.

A substantial part of Biden’s presidency will be dedicated to effectively preventing the effects of global warming which California has experienced firsthand through sweepingly hot weather and fast-spreading wildfires, especially these past few months, according to a National Geographic article.

Rejoining the Paris Climate Accord, cutting back greenhouse gas emissions completely by 2050, and investing tax revenue into renewable energy, all ideas proposed by Biden, will slow the dangers of climate change. This plan also opens the door to millions of jobs, according to a report by The Verge.

Socially, the climate has deteriorated as well.

The summer of 2020 opened America’s eyes to a series of racial injustices that no doubt need immediate attention. Along with Biden’s $20 billion programs that incentivize the reduction of incarceration rates, he’s prepared to put $300 million into community policing and reformation. A $30 billion investment fund will also be put into process for minority-owned businesses, according to BBC News.

Having Kamala Harris, the first Black woman of Indian descent to be nominated by a major political party for the national office, as Biden’s running mate should help ease some of the racial problems that have exploded under the Trump Administration these past four years.

A $775 billion caregiving and education plan will reduce spending and increase funding for education for families making less than $125,000 annually, according to NPR. Biden will also revoke $10,000 of student loan debt for anyone still paying them off and make the first two years of community college tuition-free.

Under a Biden administration, the Affordable Care Act (ACA), also known as Obamacare, would continue to be expanded upon instead of replaced as Trump has promised, making it cheaper for citizens to pay medical bills, according to NPR. If the act was repealed,  more than 20 million people would be deprived of their healthcare and 1 million people would be stripped of employment. Anyone 26 years old or younger can be covered by their parents under ACA, which allows people to find stable work before worrying about paying for vaccines on top of their student loans, according to the Center for American Progress.

Albert Einstein once defined insanity as repeating the same behaviors over and over and expecting different results. To reelect someone like Trump who made unforgivable mistakes and now expect him to fix them is unrealistic.

America can do better. While Biden isn’t the perfect candidate, a vote for him is a vote for unity, something America currently has a shortage of.

As Biden has said multiple times, “The words of a president matter.”