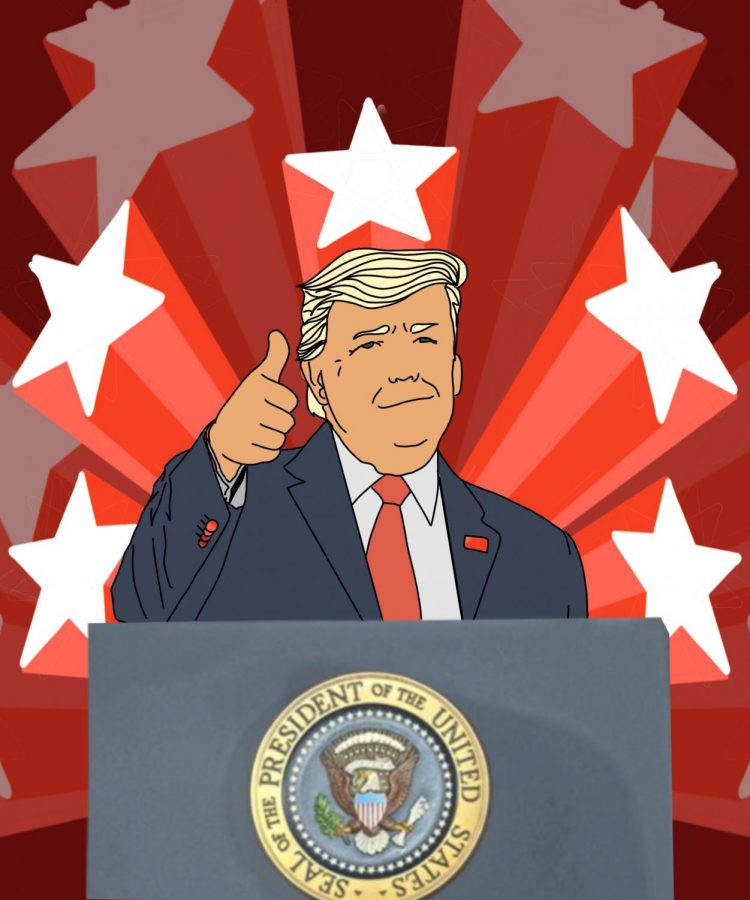 President Donald Trump is hoping to be re-elected on Nov. 3.

Trump will make America even greater than he already has

With the 2020 election upon us, you might not be sure which candidate you would like to support.

There are many reasons why you should support President Donald Trump, despite how the media portrays him.

First let’s talk about healthcare. Trump wants to repeal Obamacare and put his own plan in place. Trump said his plan would not only lower the cost for everyone but work to lower the cost on low-income households in need of health insurance. In December of 2017, Trump repealed the individual-mandate penalty of Obamacare, which is a step toward making healthcare cheaper for everyone.

“The Administration increased the availability of short-term, limited duration plans, providing options that can be up to 60 percent cheaper than Obamacare plans,” according to an official statement from Trump published on the White House website.

Additionally, Trump also has approved a variety of new prescription drugs, which was estimated to save $26 billion for consumers in the first 18 months of the Trump presidency, according to whitehouse.gov.

Trump has also had victories abroad. He successfully neutralized Qassem Suleimani, an important Iranian general who cooperated with pro-Iranian, anti-U.S. militias in Iraq. Also in the Middle East, Trump’s presidency has seen both the United Arab Emirates and Bahrain officially establish ties with Israel.

Additionally, in February the United States signed a deal with the Taliban that will lead to a reduction in conflict in Afghanistan between the Afghan government and the Taliban. Not only will this pact bring peace to Afghanistan, but it will also bring our soldiers home. The majority of Americans, including 60 percent of Biden supporters, support the peace treaty.

As most Americans have seen, there is growing unrest in various cities with Black Lives Matter (BLM)  and ANTIFA-related riots. Businesses are being burned and cops are being killed for trying to do the right thing. Trump has said repeatedly that he is not racist and condemns racism, and now he puts his words into action. Trump has said he would officially declare ANTIFA a terrorist group as part of the Platinum Plan.

Trump also thinks that BLM is a symbol of hate, according to the BBC. He is right. In total, the riots this summer and autumn caused by BLM have resulted in at least $1 billion in property damage. Trump has and will continue to stop these riots if he gets elected again.

But Biden doesn’t denounce BLM. In fact, he has no plan to stop the riots going on in the streets. Biden doesn’t understand that these people aren’t here to protest. They are here to loot and destroy businesses.

Lastly, in early March before COVID-19 was even remotely considered an issue, Trump quarantined Americans, saving thousands of lives. Trump was the first one to take action when everyone around him told him not to, according to whitehouse.gov. Trump now continues to reassure the people and has now opened up the economy so that small businesses aren’t ruined and can continue to generate income. Biden, however, continues to state that we shouldn’t be opening up the economy, and would shut it down, according to ABC7 News.

Re-electing Donald Trump for four more years will make America even greater than Trump has already made it.

Rayan Grib is a senior at Cal High.