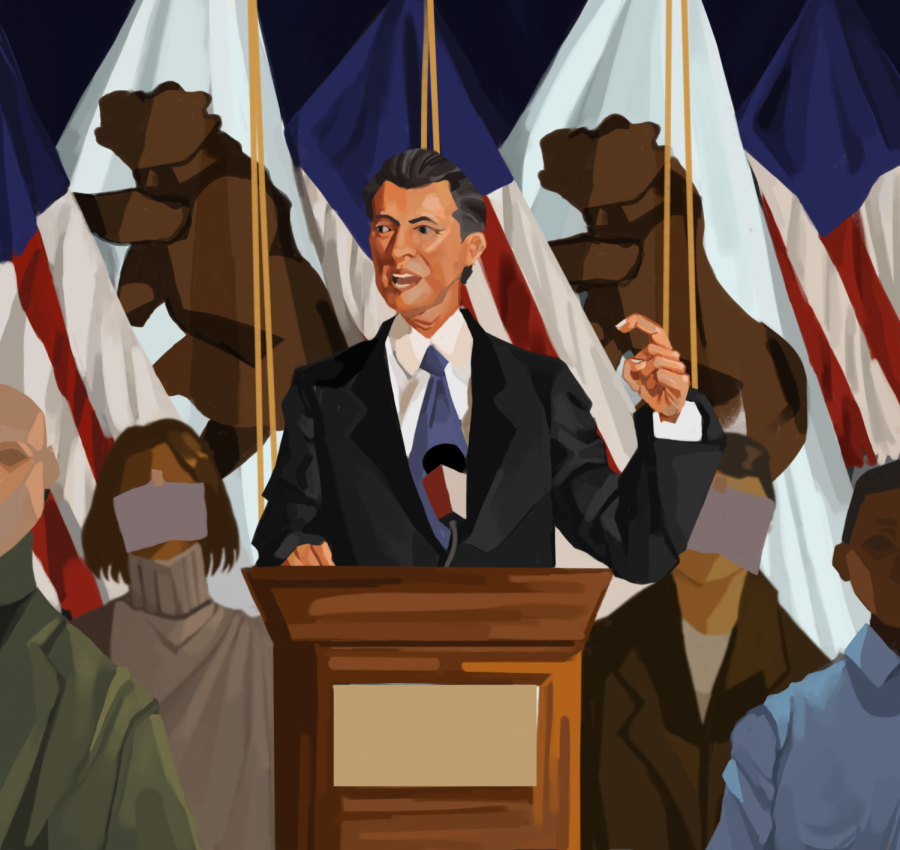 Gov. Gavin Newsom broke with the Democratic Party over Proposition 30, which would increase taxes on personal incomes over $2 million to support climate programs. Newsom says the proposition is a corporate ploy by Lyft and has appeared in high profile advertisements to oppose the Democrat-backed proposition.

Seven new California propositions that potentially affect everything from abortion to funding for art and music in schools are on the ballot in Tuesday’s election.

Propositions are a way citizens can directly change legislation, but they can be convoluted and have unclear consequences at times. Powerful corporations often push for propositions they will benefit from, unbeknownst to voters.

“Oftentimes, these big companies aren’t being like, like, we’re trying to help these tribes for no reason. They’re going to profit off of it,” said senior Stephanie Hunt, who serves as president for Cal High’s Junior State of America (JSA) club. “Ads can be really misleading because it’s like a Native American, crying, saying, don’t vote for this.”

Proposition 1 is a measure placed on the ballot by California legislators to change the state’s constitution to explicitly protect individuals’ rights to choose abortion and contraceptives, according to the California Voter Guide. While other state laws already protect these rights, supporters of the amendment argue that it is especially important to protect access to abortion and contraceptives after the Supr...

Proposition 27 would allow tribes and larger licensed gambling companies to offer sports betting online and require them to make payments to the state, including a cut of 10 percent of sports bets made and hundreds of millions of dollars for initial licensing. The proposition could create hundreds of millions of dollars in revenue for California, according to LAO. Of this revenue, 85 percent of the m...

Proposition 29 would create more regulations for kidney dialysis clinics. It requires them to have a physician, nurse practitioner, or physician assistant on-site during treatment, report infections and who owns the clinic to the California Department of Public Health (CDPH) and public or face a penalty, and obtain consent from the CDPH before closing. Proposition 29 also prohibits dialysis cli...

Proposition 30: Provides funding for programs to reduce air pollution and prevent wildfires by increasing tax on personal income over $2 million

Proposition 30 would raise the personal income tax of California residents making more than $2 million annually by 1.75 percent, creating $3.5-5 billion of new revenue to pay for several climate programs, according to the LAO. These programs include helping make zero-emission vehicles more accessible and affordable for California residents and creating a state-wide charging network for electric vehicles t...